Xiaomi has been struggling with the stocking issue facing the Xiaomi Mi 9 series. These smartphones were supposed to be on sale on March 15th but the sale was canceled due to insufficient stocking. The company has since rescheduled March 19th for the next sale saying that it’s better to have enough stock. However, for the devices to arrive on March 19, Lei Jun didn’t mention Xiaomi Mi 9 Transparent Edition. 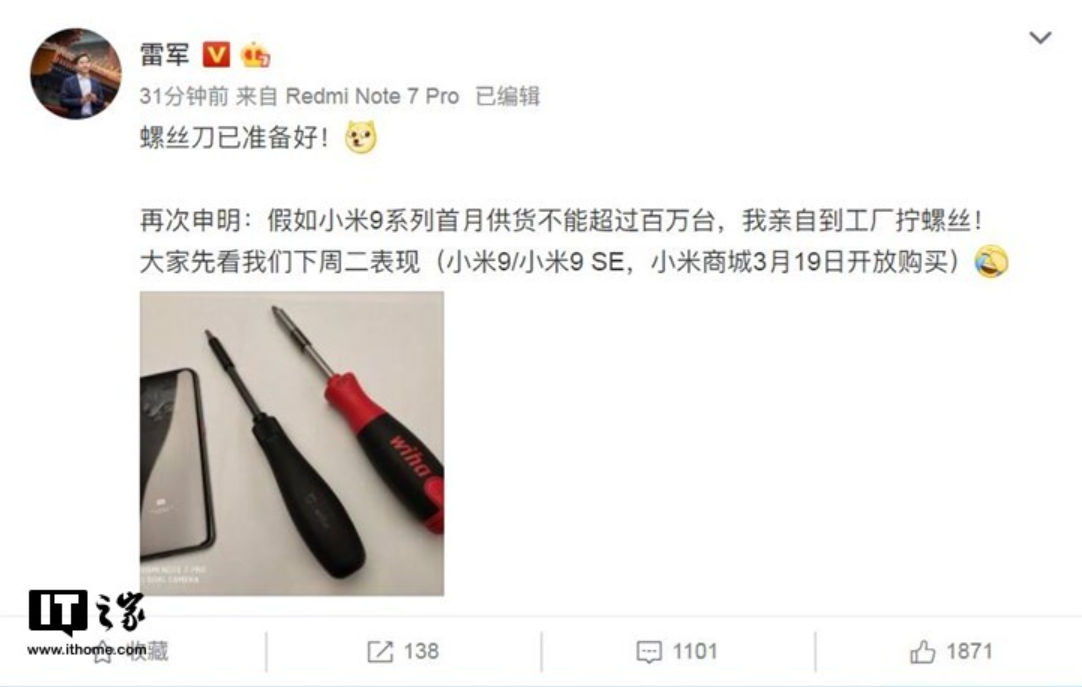 Today, Lei Jun announced on Weibo that the Xiaomi Mi 9/Mi 9 SE will resume sales on March 19th. The Mi 9 Transparent Edition was not included. He reiterated that if the Xiaomi Mi 9 series supply does not exceed one million units before the end of March, he will personally go to the factory and couple the devices.

Last week, Xiaomi President, Lin Bin, talked about the unavailability of the Xiaomi Mi 9 series. He said that the Xiaomi Mi 9 is largely out of stock because of the lack of experience in the internal process and management of Xiaomi. He also said that Xiaomi will organize training for all the staff in the production line.  This afternoon, Lin Bin took photos of the internal training meeting and said: “we were able to equate the shortages with management experience and we hope that this training will change that”. Lin Bin believes that it is necessary to establish a sound product development process.  “Only a perfect process and capacity improvement can systematically solve stocking issues…of course, if everyone looks up to me to be involved in the coupling process, then I am also willing to learn” Lin Bin said.