Bowing out of the water-drop notch and the hole-punches for cameras trend, Chinese smartphone maker ZTE seems to have found a perfect and a workable solution to moving the front cameras away from the top bezel to give way for bezel-less and nearly all screen phones. The pop-up cameras and sliders solutions have come and gone and knowing that the trending water-drop notch, as well as hole punch solution, will only be here for a short while, ZTE appears to be working on a smartphone that features yet another place to house the front-facing camera, though still at the concept stage.

In order to achieve a near 100% screen-to-body ratio, ZTE intends to fit the ZTE Axon V phone a with a side-mounted 3D front camera setup. The setup looks as if it is an extension of the primary display, while in reality, it is a separate bulge that house two camera sensors, and not to be mistaken for VIVO type pop-up front camera setup, the ZTE Axon V type solution is actually part and glue to the device frame, so it doesn’t pop-up or slide out. And while there is not much information we can report about the camera bulge and its sensors, our source says ZTE opted for this solution so it can free up some space to allow it fit in a large capacity battery. 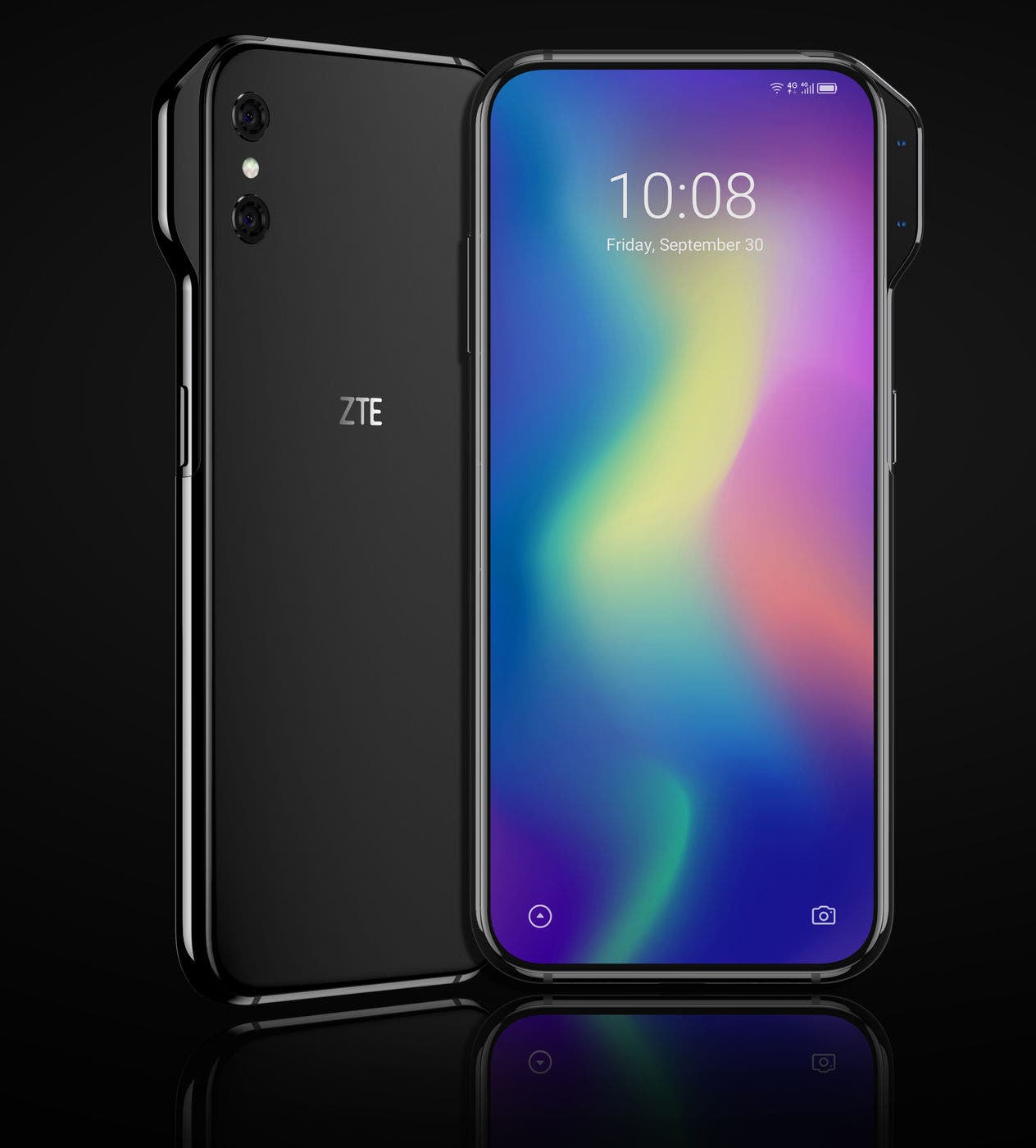 On the flip side, the device is fitted with a twin camera setup on the same side and in a similar vertical alignment.  There isn’t more to report about the ZTE Axon V concept phone, but given that there isn’t any visible fingerprint sensor in sight, it is safe to assume the device will come with an in-display solution for that, while rumor spinners suggest the device will get a 6.8-inch OLED panel with an aspect ratio of 21:9 similar to the Xperia 1 and Xperia 10 released a few weeks ago.

Whether or not the device will see the light of the day remains to to be known.