A new Redmi phone dubbed the Redmi Y3 could be dropping soon if the latest info sighted on the Wi-Fi website is any indication. The Redmi Y3 with the model number M1810F6G has been approved by Wi-Fi Alliance. The device when announced will arrive as the sequel to the camera focused Redmi Y2 launched back in 2018.

Other than the model number and the marketing name, the WiFi Alliance doesn’t reveal any specs of the upcoming device, except that it will support  Wi-Fi 802.11 b/g/n, and boot Android 9.0 Pie-based MIUI 10 out of the box. 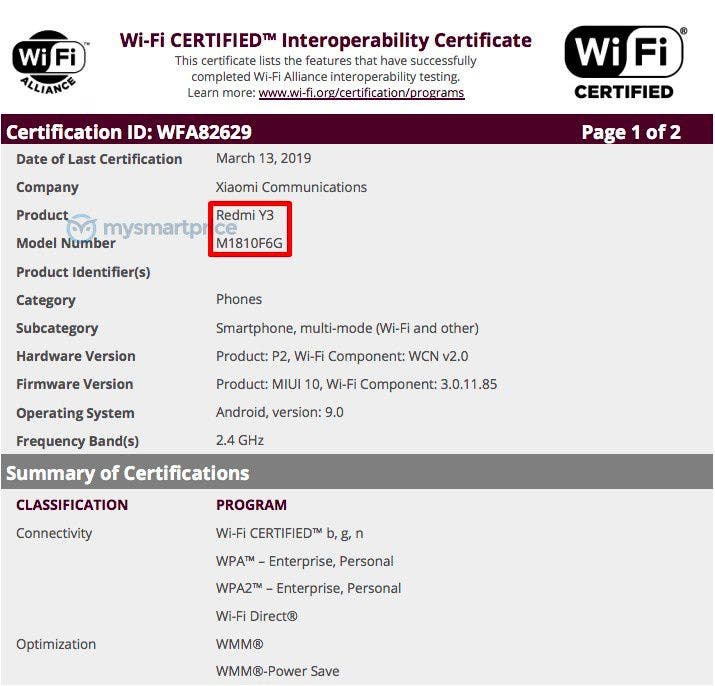 We have no word on when the device will launch, but we hope that could be pretty soon, given that the phone has started collecting necessary certifications.