The mysterious Motorola One Vision has stolen the headlines in the past days, popping out in GeekBench database, and later being confirmed as a Global variant of the Motorola P40. According to reports, the handset will come in three variants with different model numbers, and one of them has just popped out on the Wi-Fi Alliance, suggesting that the launch of the handset may be imminent. 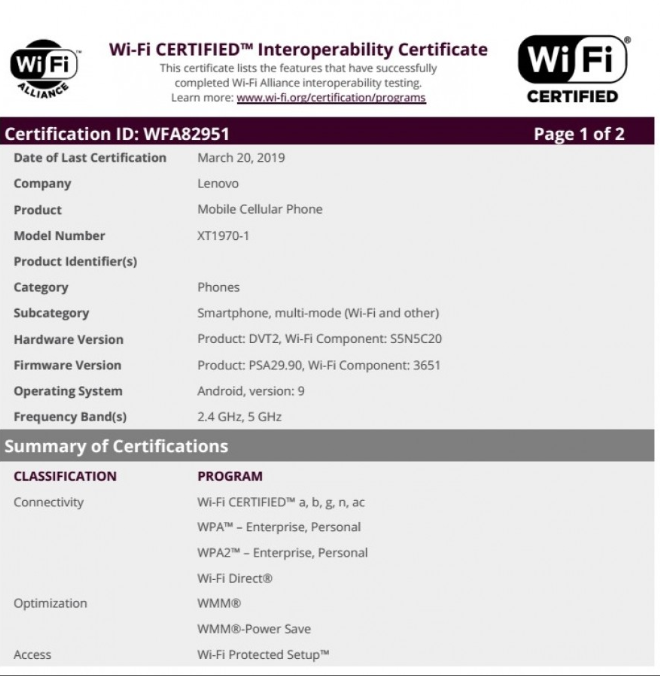 The Model in question is the XT1970-1, comes with Android 9 Pie and supports both 2.4GHz and 5GHz connections. It will also have all five key Wi-Fi certificates a/b/g/n/ac, with Wi-Fi 6 nowhere to be seen. The handset will feature Exynos 9610 and is expected to have a 21:9 display with a punch hole selfie-camera and a dual-camera setup on the rear.

This dual-camera setup on the rear is expected to be made of a 48MP main shooter with “Long Exposure” and “Video 3D HDR.” The handset is fueled by a 3,500mAh battery and will come in Blue and Gold colors. According to the rumors, the Motorola One Vision will hit Latin America and India but will stick as Motorola P40 in its home market.