An unconfirmed report from early February had it that Samsung might have secured a new order for its chipset, just as the report suggests the Lenovo-owned Motorola might be planning on unveiling two new mid-range devices with Samsung’s Exynos 7 Series 9610 processor under the hood. While the report never revealed the identity of the said device, some rumor-spinners believe one of the devices might be the upcoming Moto P40 that is billed to arrive soon as the sequel to the Moto P30 from last year.

If previous rumors are anything to take seriously, then the Motorola One Vision could end up hitting the shelves as the Motorola P40 as rumored, or perhaps it could be the second rumored Exynos 9610 Motorola phone that is said to be in the works. While we do not have any official information about the Moto P40 at the moment, early leaked renders from last year suggest the device could come with a punch hole in its screen for the selfie camera which should allow for the highest possible screen to body ratio, however, the render reveals there is still enough bezel on the bottom to house the Motorola logo. 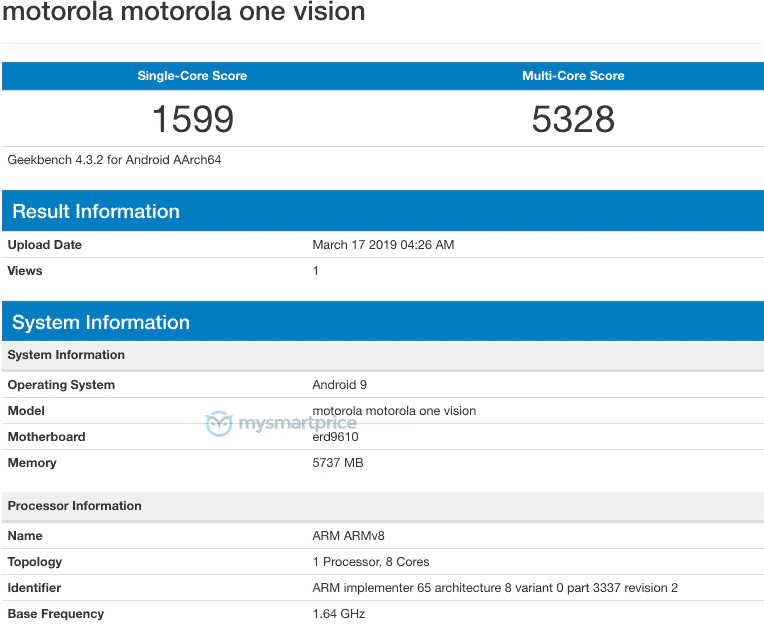 Next Redmi 7 with 4GB RAM, SD 632 spotted on Geekbench ahead of tomorrow's official launch