In less than a week, the Huawei P30 will be released in Paris, France. We are also waiting for other products, such as the next-gen smartwatch(s). In fact, the WATCH GT series launched last year along with the P20 line models was very popular. Today, He Gang, president of Huawei’s smartphone business, said on Weibo: The HUAWEI WATCH GT smartwatch released at the end of last year, five months after its launch, created Huawei’s fastest multi-million-dollar record for wearables priced over 1,000 yuan ($149). 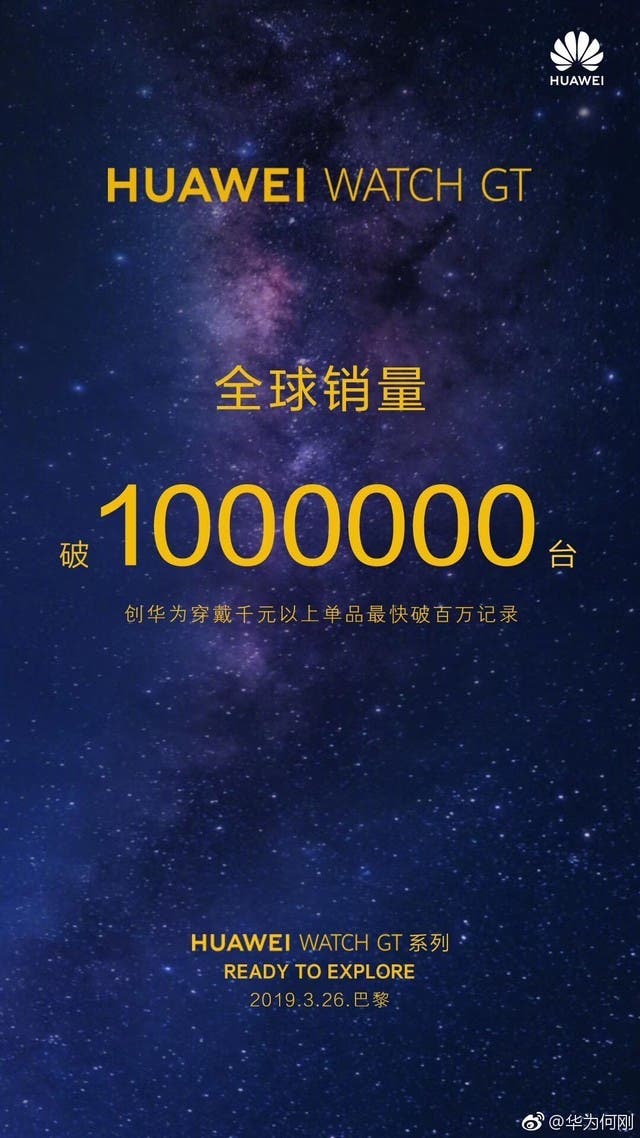 According to IDC’s forecast data, global smartwatch shipments will double by 2021, reaching 71.5 million units, which will gradually become a huge market.

Jitesh Ubrani, IDC Senior Research Analyst for the Worldwide Mobile Device Trackers, said: ‘The rise of smart wearables will not only occur in mature markets but also in emerging markets in the Asia Pacific and elsewhere.’ The analysis points out that Japan will play its own role in this process because Japan consumes more than a third of all smart wearables.

As for the HUAWEI WATCH GT, there are three main reasons for the hot sale:

First, as a wearable product, the good user experience is very important, both in terms of strap comfort and dial texture, which are among the best in the industry;

Third, with the success of Huawei P and Mate series smartphones, the HUAWEI WATCH GT has gained a lot of attention as soon as it went public, which played an important role in boosting the popularity.