Vivo unveiled the Vivo NEX S with Android 8.1 Oreo straight out the box, which was actually the latest stable Android version then. Now that Android Pie is out for more than six months, the Chinese company decided to deliver a piece of this new flavor for its pop-out camera smartphone.

The update weighs in at 2.7GB, a quite big one, bringing several improvements, a new user’s interface, new features, and a revamped AI experience. You can have a look in the complete changelog for this update below: 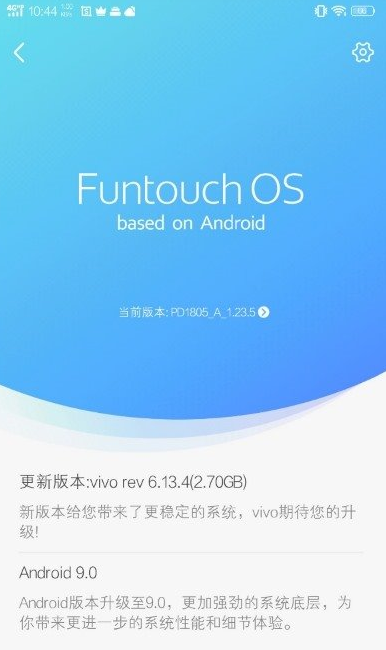 The Vivo NEX S was the first smartphone to ship with a pop-out selfie camera. It landed when everyone was sick of large screen cutouts, and punch-hole displays weren’t a reality yet. The design language is also available in several other smartphones now such as Vivo V15 Pro, Vivo X27, and Vivo X27 Pro.

Despite the old processor, the NEX S is still on par with today’s flagships with a 6.59-inch super AMOLED FHD+ display, Snapdragon 845, 8GB of RAM and up to 256GB of Internal Storage. On the camera department, the handset is powered by a dual 12MP+5MP dual rear camera, with a motorized 8MP selfie cam. Other features include a 4,000mAh battery with support for up to 22.5 fast-charging and an in-display fingerprint scanner.

Previous Apple to launch a surprise subscription service on March 25