Recently, Xiaomi upgraded its 12.5-inch notebook series launching a new model sporting an Intel eight-gen chip. Today, the company issued another statement, bringing the Xiaomi Mi Notebook 15.6-inch 2019 variant to the market. It is packed with the Intel’s eight-gen i5 chip, an NVIDIA MX110 graphics card with its own 2GB memory, and an 8GB of RAM. This laptop is priced at 4299 yuan ($640). Thus, it’s considered to be one of the best products on the market, when taking into account the price-over-performance ratio. It will go on sale on April 9. 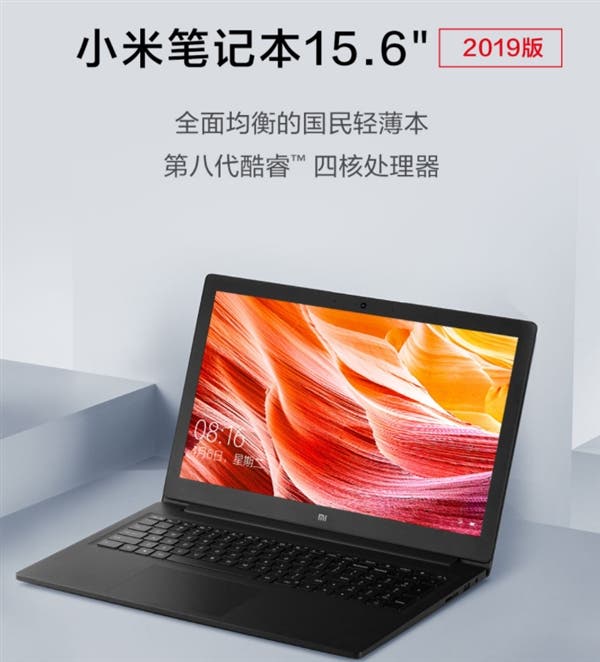 The Xiaomi Mi Notebook 15.6-inch 2019 is equipped with a 1080p screen. This model continues the minimalist logo-free design of the Xiaomi notebook family. It comes with a deep gray metal cover and has a body thickness of 19.9mm. This laptop supports Dolby virtual surround sound, features an independent digital keypad, and a 5.9-inch large touchpad, supporting multi-touch and a variety of gestures.

As said, under the hood, it carries the eighth generation Intel Core i5 processor, a standard DDR4 2400MHz expandable dual memory slot, supporting up to 32GB RAM, 256GB or 512GB two optional SSD. If the lower variant is priced at 4299 yuan, the higher model comes at 4899 yuan ($730). It’s said there is another model with a 128GB+1TB hybrid hard drive combination, but there is still no information about its pricing and launch date.

As a fully balanced notebook, its body provides 7 major interfaces, including the 3-in-1 card reader, two USB 3.0, one USB 2.0, Gigabit Ethernet port, HDMI interface, and a headset jack.

At last, Xiaomi Mi Notebook 15.6-inch 2019 uses a dual-fan cooling system, dual-air outlets, and 2+2 heat pipe layout. By the way, the dual 3W high power large cavity speaker has an effective volume of 12cc, which is 6 times that of Air 13.3-inch enhanced version, and the volume is increased by 5dB.

Previous LG K40 arrives in Brazil as the LG K12+

Next ALLDOCUBE M5X tablet discounted by $26 on Banggood