We are a little over 48hrs away from April 2nd when the rumored Nokia X71 will be unveiled.  While HMD Global has yet to reveal some official info about the upcoming device, some unconfirmed reports suggest the upcoming NokiaX71 will be globally called Nokia 6.2, and now, more info about the device’s hardware has surfaced online.

The Nokia X71 has swung by Geekbench revealing what’s ticking under the hood. As per the Geekbench test, the multi-core score is 5075 and a single-core score of  1455  while the sheet suggests the Snapdragon 660 SoC paired with 6GB of RAM is embedded under the hood, running Android 9.0 Pie, perhaps based on the Android One platform, like many of Nokia’s handsets. 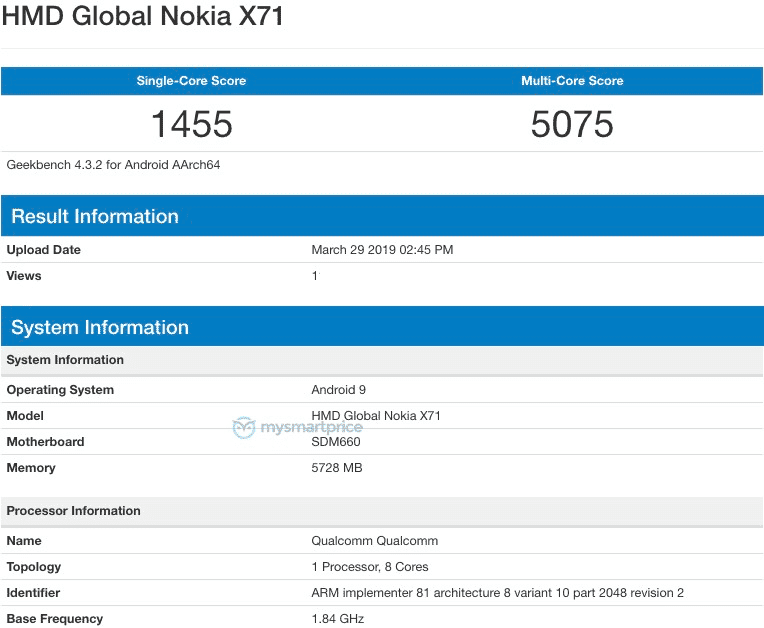 Other details are still sparse, though some reports suggest the Nokia X71 could come with a hole-punch display, 48MP camera sensor, ultra wide-angle camera and at a price point that will fit mildly into the Nokia 6 series.  We’ll for sure get more details about the device in the following days.