Xiaomi’s Mi Fan Festival is arriving soon in April and the company is planning a big product launch ahead of the fan fest to make sure the following will be happy. As teased earlier on March 18 by Redmi’s VP Lu Weibing, Xiaomi will be announcing new products on April 1. The company official made this announcement at the launch of the Redmi 7 event where a number of other new products were announced as well. Now, an official teaser has followed that gives us a more detailed picture of what to expect at the event on Monday. 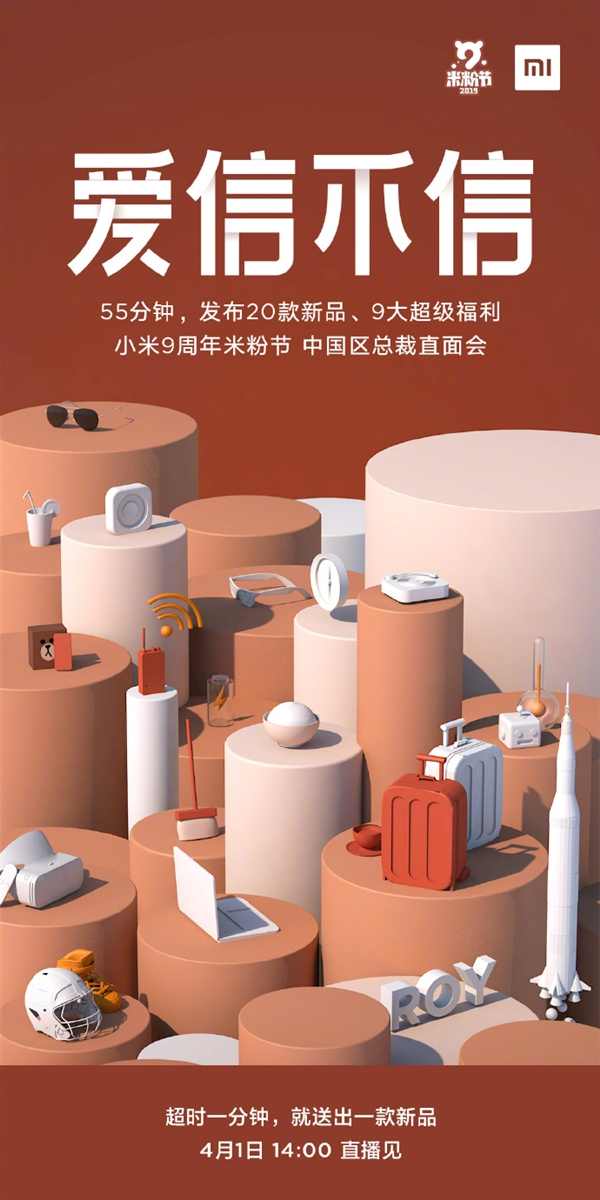 As per the teaser, there would be 20 new products introduced at the event making it a real record-breaker in terms of the sheer number of products the company has ever launched in one go. As to what we can expect, there are clear hints that there will be Mi Notebook laptop, VR headset, Mi Walkie-Talkie, weighing scale, thermometer, and other non-electronic stuff as well. Xiaomi will also be announcing the special Mi 9 Roy Wang custom edition at the event that will be hosted by Xiaomi China President Wang Yuan.  We do hope that this isn’t some kind of a prank though as the launch date rings some alarm bells, and Xiaomi wouldn’t do such a thing to its fans, would it?