The Meizu 16s is the 2019 flagship from Meizu and the company’s founder has teased a lot of the features of the handset in previous posts on the official Meizu forum in China. However, the alleged handset has appeared on Geekbench today with the codename alps m1971. The handset is likely to feature a Snapdragon 855 SoC which is not reflected very well with this pre-production unit. As per official info, the handset is expected to under mass production by the end of March and will probably go official some time in April. 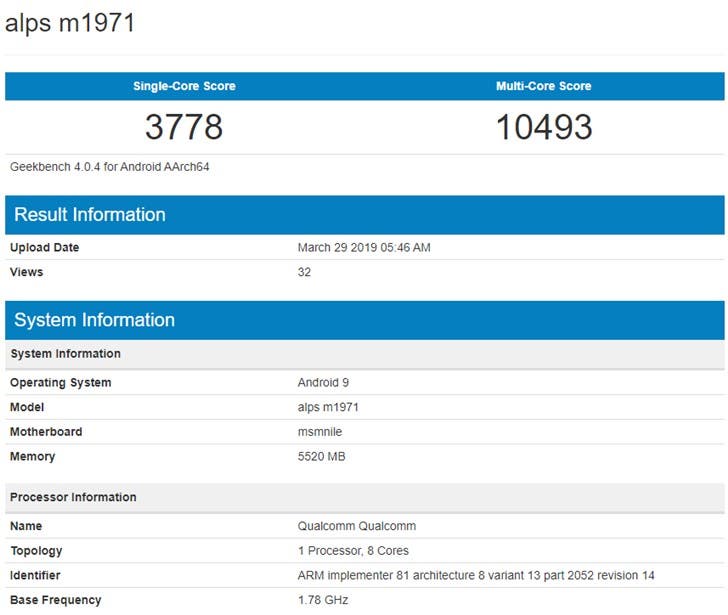 Meanwhile, a new render of the Meizu 16s has appeared once again demonstrating thinner bezels than the Meizu 16th. As can be seen in the featured image, the front mostly resembles several other leaked live images, however, the rear of the device has a different camera placement than what previous renders would have us believe.

The Meizu 16s is expected to feature a 6.2-inch Full-HD+ display, Snapdragon 855, and a 48M pixel Sony IMX586 sensor on the rear with OIS. The handset has also passed 3C certification but has yet to appear on TENAA which is when all its secrets will be revealed. The launch should be sometime in April.