No headphone jack, Flyme OS, cameras could be better

Meizu’s flagship of 2018, the Meizu 16th (review) represented a big upgrade over its short-lived predecessor both in terms of design and specifications. But now, after nine months, the Meizu 16s is here and we’ve got our hands on it and we’ll be finding out if this latest Meizu flagship lives up to the hype. So, here’s Gizchina’s review of the stunning Meizu 16s.

Meizu has settled for a single model this year compared to two variants that were announced last year. We have the White shade here with 6GB of RAM and 128GB of internal storage with model number M971H. The Flyme software build number is 7.2.3.GP. We’ll leave a detailed specification sheet link here if you don’t already know it.

Last year’s Meizu 16th was a stunner when it came to look and feel. It was an exquisite piece of metal-glass with great ergonomics and premium materials like ceramic. This year’s flagship Meizu 16s is even better as it has been designed under the guidance of founder Jack Wong who has 10 years of experience in the same field. As a result, the Meizu 16s bezels are even thinner than before. The chin now measures 4.2mm which is as much as the forehead. That’s another impressive feat as the selfie shooter which is 20MP (Samsung 3T2 sensor) has the smallest selfie lens on a phone. 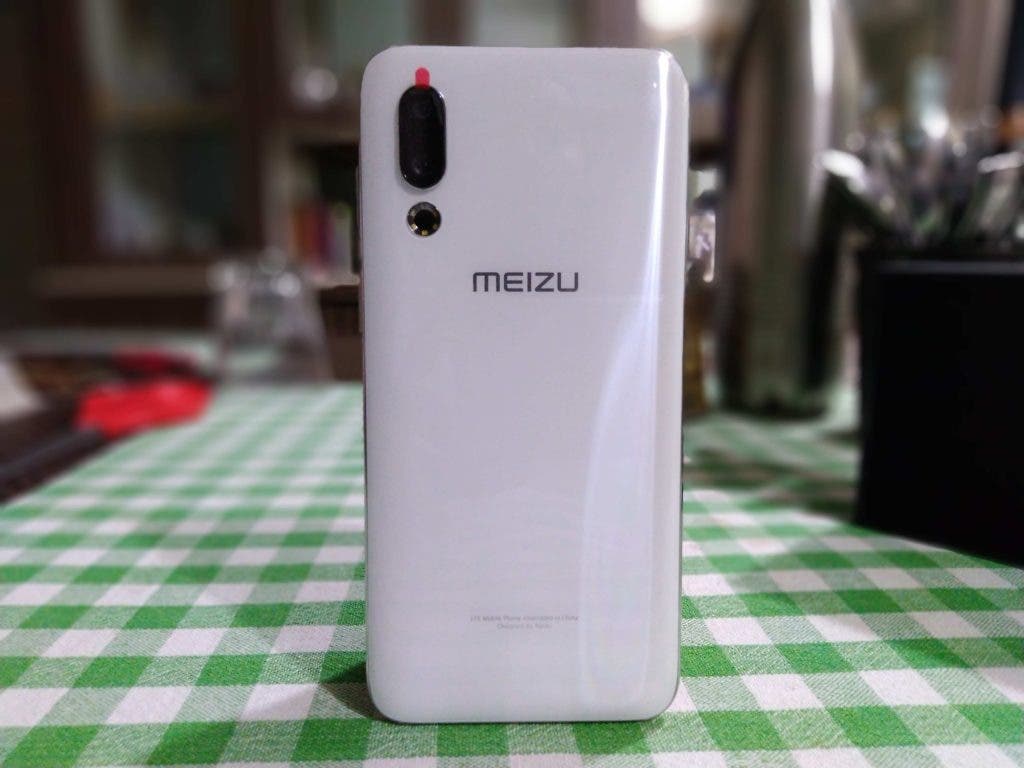 The handset’s curved arc design on the rear gives it a very comfortable feel in the hand and the slim 7.6mm body along with 165g of weight makes it a pleasure to hold in the hand. An added touch are the more polished edges which add a bit of shimmer to the already attractive phone. However, I do have to note that the omission of the 3.5mm jack nags me a bit especially considering the phone is slightly thicker than last year’s model. 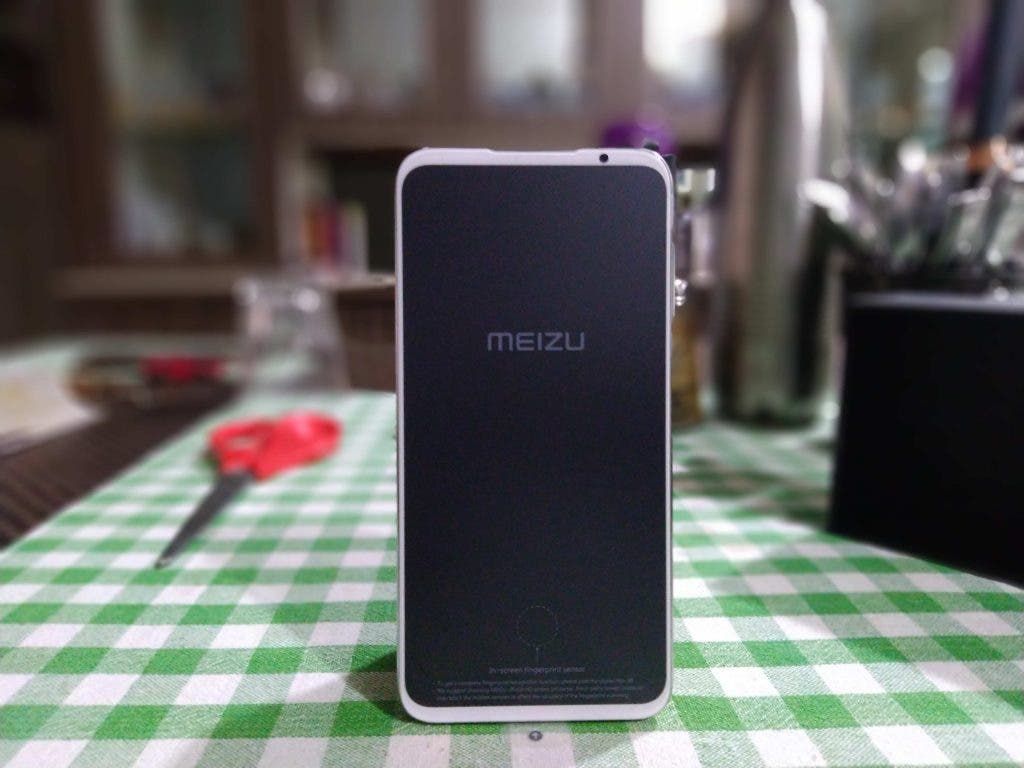 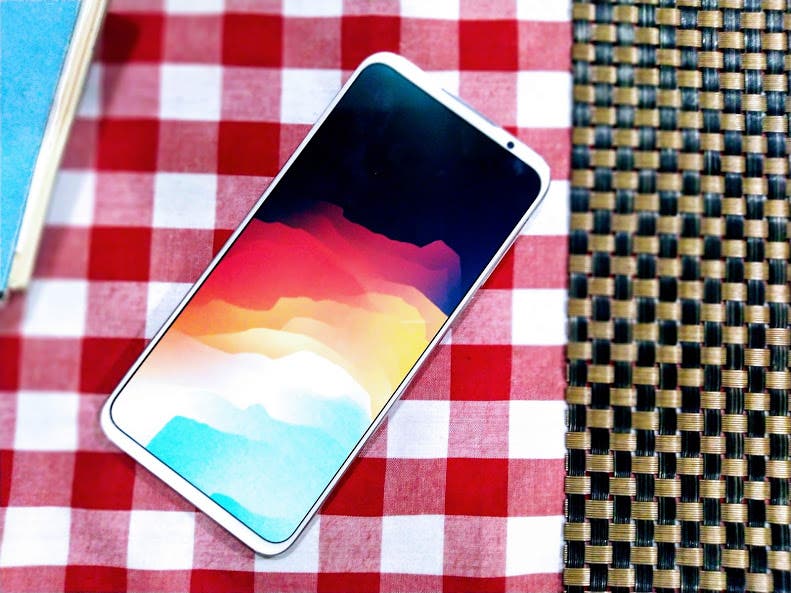 The Meizu 16s has a Super AMOLED display which is slightly bigger than its predecessor model. It’s one of the best parts of the handset. Thanks to the COF bonding technique, we have a full-screen experience that is a joy to use day-in-day-out. There are no notches, no cutouts, just a seamless screen with Full-HD+ resolution. It gets bright enough even in strong sunlight to be easily usable, not to mention in-house use is no problem at all. The colour contrast was also balanced and to my liking but users can tweak it in the settings if they want. Being an AMOLED display, viewing angles weren’t an issue. All in all, the screen is one of the best things about the Meizu 16s. The in-display fingerprint reader is also noticeably faster which was pleasant to see but the face unlock is even faster.

The Meizu 16th was a great performer and its successor is an equally good beast if not better. I found daily tasks to be as fluid as ever and the animations were a pleasure to behold. Even more surprising is the fact that I have almost never encountered any lag either in daily use or even while heavy gameplay. If you’re looking for raw power, the Meizu 16s is a mean machine that breezes through anything and everything you put in front of it without a hiccup.

For gaming, I tried multiple titles such as Call of Duty Mobile (on max settings) and Clash of Clans and suffice to say there were no frame drops or any stutter in even my hour-long sessions, although the phone did heat up a bit by the end of those long games.

The audio quality on the handset is good enough via the stereo setup but it seems the lower levels need more punch while the higher levels are adequate. Let’s just say the speakers are slightly above average. Sound quality for calls is quite decent although I’m not the one to do a lot of long or even short calls. The Meizu 16s also has the same bands as the 16th so overseas buyers might need to consider this before buying. Also, Meizu is yet to declare any plans of announcing the handset outside of China. And as I said, I do miss the headphone jack, please bring it back Meizu. The NFC chip does make a return though.

The Meizu 16s comes with Flyme OS 7.3 based on Android Pie. However, there aren’t any new notable features compared to last year. It’s pretty much the same UX although Meizu is close to announcing Flyme OS 8.0. I do miss features such as the app drawer as it’s a vital aspect of my Android experience. The gesture system is something I welcome due to its intuitive nature and ease-of-use. Simply swipe from the edges to go back and swipe up from the bottom of the screen to go home.

There’s also this cool feature that allows you to swipe up and down on the bezels to quickly access all app in alphabetical order. I also have to mention that Flyme is quite aggressive with notifications as I had to change permissions to get on-time alerts for even some of my staple apps such as Slack. But once that’s done, it’s fine. In short, Flyme OS is neither special nor am I very annoyed with it. It’s there, it gets the job done.

The 48MP rear camera takes good sharp colour-accurate images in the day. Images turn out to be balanced and well saturated with pleasing tones. Although, the dynamic range was lacking in some shots. Night shots are detailed as well and better than the average mid-ranger but you can start to see noise as light starts to decrease and there’s a dedicated night mode. It’s called Super Night mode and using it can result in a reduced amount of noise. But it’s not as spectacular as the ones on the Pixel or Huawei flagships. It’s also got 3x lossless zoom which works as advertised. Selfies also have adequate details in well-lit conditions but tend to be a bit soft in low-light scenarios but still have decent quality. Video quality is great as well and the stabilization is top notch.  In essence, the camera won’t disappoint you if you’re not a pro photographer.

The battery of the Meizu 16s impressed me, a lot. It’s one of the big highlights of the phone. For the first couple of day, I recorded a SOT of more than 6 hours with moderate usage. It included YouTube mostly and social media and around an hour of gaming. But that’s it. Even for heavy use, the 3,600mAh battery stands well up to the task and can last at least till the evening. Also, it has 24W fast charge so that helps too.

If you hate notches and dig affordable flagship phones, this $475 Meizu flagship is for you. Meizu has improved upon last year’s core hardware which makes the Meizu 16s a more compelling package although I’d have been very happy if they didn’t skip the headphone jack.

It’s got the same awesome screen as its predecessor, a bigger battery, a more powerful processor and decent cameras at almost half the price of most premium brands.

Meizu 16s Went on Sale Today and Completely Sold Out