While many users may say the manufacturer had prepared too little amount of this phone, we should write down almost all the latest models of Meizu are selling like hotcakes. In other words, after the company’s transformation, the new phones are more competitive in all aspects, including the price, appearance, and performance.

As for the Meizu 16s itself, this is an outstanding smartphone that comes to beat all of its rivals. It’s considered to be the enhanced variant of the original Meizu 16th series. So it’s logical to see the same symmetrical full-screen design with a screen size of 6.2 inches, a resolution of 2232×1080, and a screen ratio of 91.53%. It offers three colors of carbon black, condensed white, and phantom blue.

However, under the hood, the Meizu 16s carries a Qualcomm Snapdragon 855 flagship platform, which is paired with an LPDDR4X memory + UFS 2.1 flash storage. Apart from this, there is also a front-facing 20MP and a rear-mounted 48MP + 20MP dual camera, of which the 48MP main lens is the Sony IMX586 CMOS, which supports OIS. The battery capacity is 3600mAh. 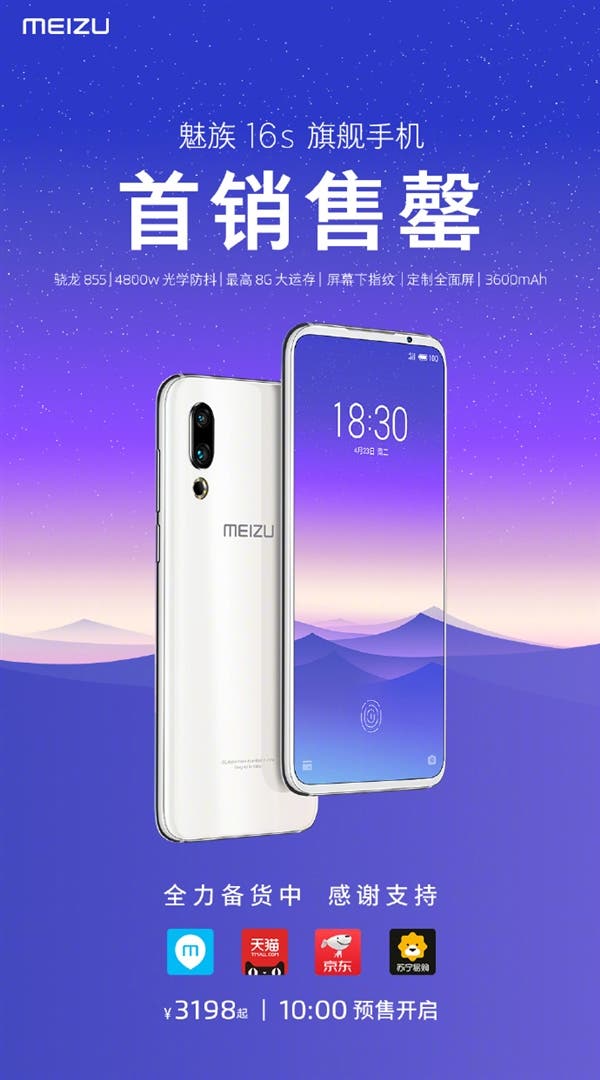 Next Samsung Galaxy Note 10 Pro could boast a 4,500 mAh battery