Chinese phone makers UMIDIGI have recently launched two premium smartphone models equipped with 48MP main cameras, UMIDIGI S3 Pro and UMIDIGI F1 Play. But the next planned phone model is not going to fit into any of the old categories and will actually get a whole new phone series. It will be called UMIDIGI Power and should begin the tradition of big battery phones flying the UMIDIGI colors.

The makers introduced this bit of news through Facebook and it’s not really rich with information. All we know is that the phone will have a big battery and judging by the shape on the poster it will be sporting the modern tiny waterdrop display notch. Aside of that there is nothing factual to grasp, because the “Mighty Power in your Hand” slogan is just pointing to the big battery and endurance approach, but without any details. 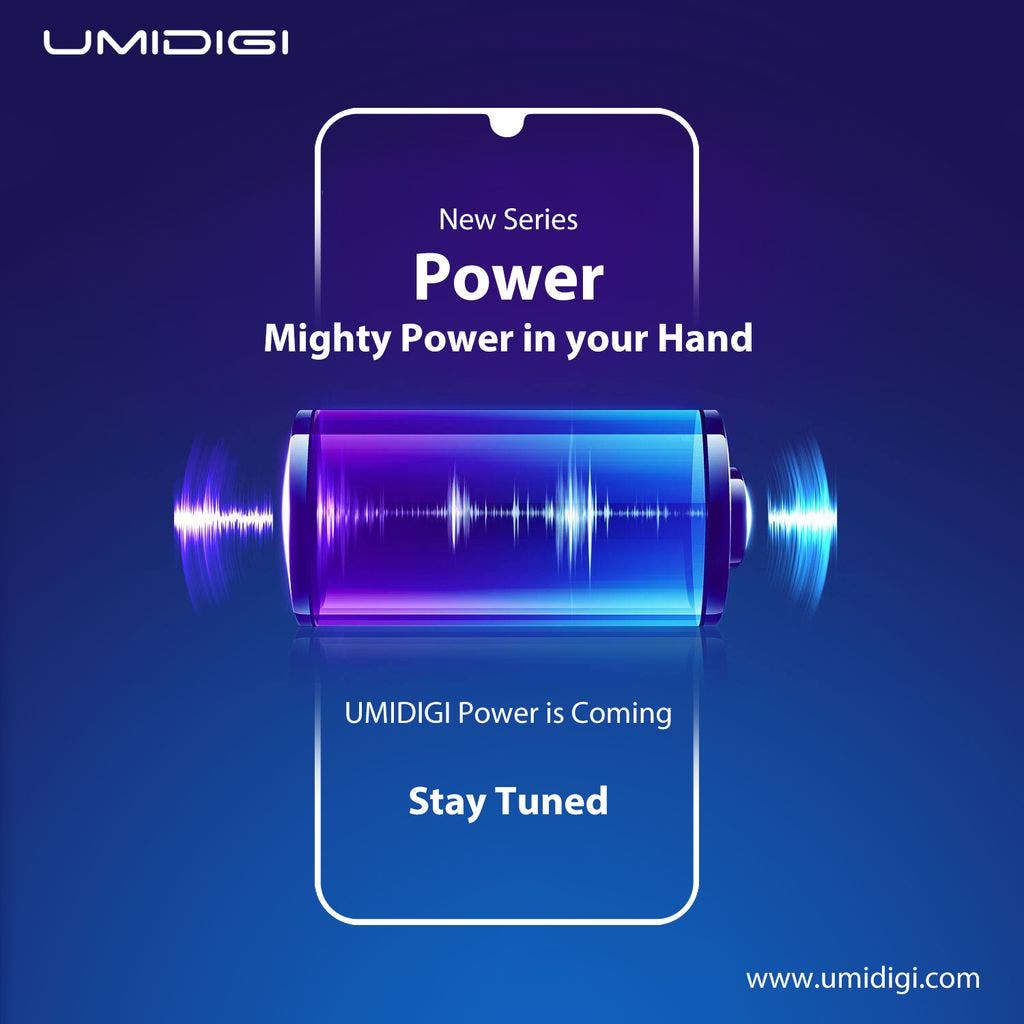 Our sourced directly from UMIDIGI are citing the intention to create these new big battery phones with a stylish slim design, rather than the usual massive and thick monsters. But we shall see how much battery they can stuff into the slim phone. New UMIDIGI Power series should be unveiled globally in early April and all the relevant news will be surely posted on their official website. So let’s keep an eye on that.