Since its debut in the Google Play Store, the default of the Xiaomi Pocophone F1 has received a series of updates designed to improve its utilization, including the addition of the numeric badge notifications. And now the latest update for the POCO Launcher brings the dark theme to any Android smartphone.

The new theme is buried inside the launcher’s settings. You need to tap and hold an empty space on your home screen, click the settings icon, then “More,” and then you’ll see an option called “Backgrounds.” In there, you can choose the dark or light theme and set an app drawer background transparency. If you have no transparency set up, the dark mode will turn all panes’ backgrounds to pure black, saving you some snake oil amounts of extra battery life versus just a grey mode.

The option goes along with Xiaomi’s MIUI-wide dark mode beta, which is not yet available for the Pocophone — but of course, the company is preparing all of its software for the stable rollout of this feature.

In short, while the economic flagship still struggles to have the Dark Mode in a stable version (at the moment it is only available in beta, also for other Xiaomi phones), users who use the launcher in question will already be able to use this feature, albeit in a slightly lower way compared to a change that affects the entire system. 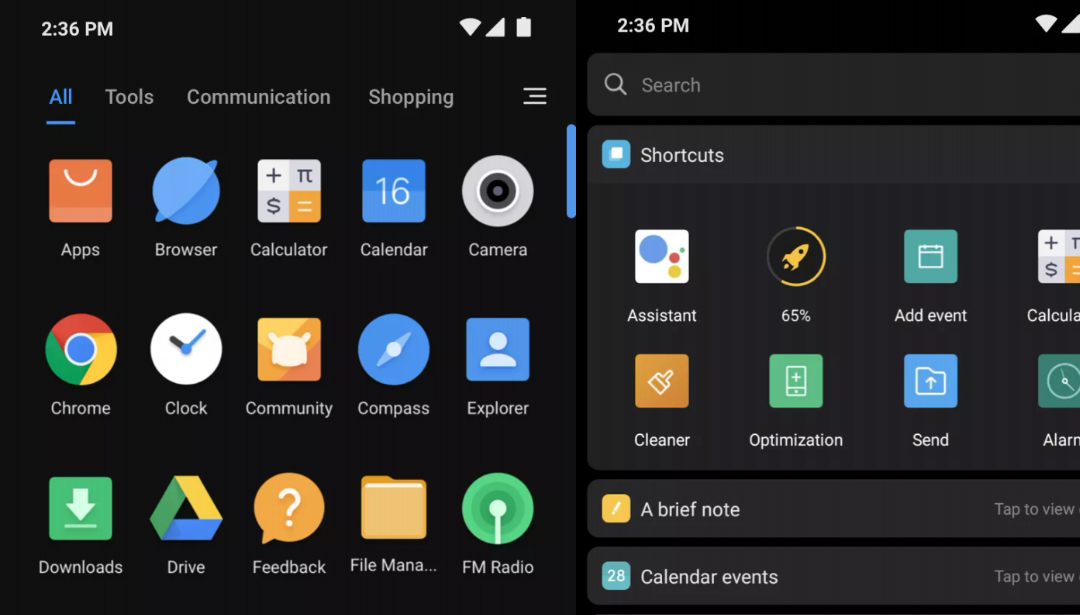 Obviously, in addition to this change, there is a whole series of bugfixes and graphics improvements for the icons; in addition, the double-tap to turn off the display function now works smoothly on all compatible models.