Google has released the second beta of Android Q less than a month after it launched the first one. Although most of the improvements are new APIs for developers, there is an interesting novelty since the notification bubbles have now officially arrived.

These bubbles are similar to those of Facebook Messenger. They allow you to read notifications without sliding down the notifications panel and facilitate multi-tasking.

Google admits that several apps have already created their own notification bubbles but, with Android Q, the company expects this functionality to be adopted by developers consistently. 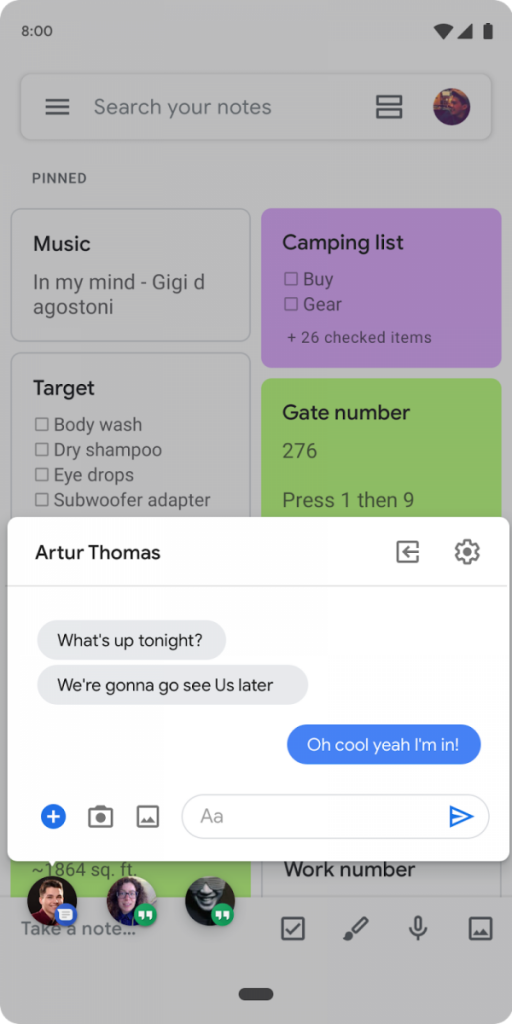 Bubbles are ideal for messaging, as they allow users to hold important conversations at their fingertips. They also provide a convenient view of ongoing tasks and updates, such as phone calls or arrival times. They can provide quick access to the user interface such as notes or translations, and can also be visual reminders of tasks.

The rest of improvements with APIs and the other changes for developers, including changes on how apps can access storage and a mobile phone emulator.