Today, a real image of the upcoming Meizu 16s appeared on Chinese media, Weibo.  This image was listed as the Meizu 16s but there is no verification to the authenticity of the image. This smartphone closely resembles the 6.1-inch Samsung Galaxy S10 (model SM-G9730). The Meizu 16s continues the Meizu 16th no-notch design. Meizu Technology founder, Chairman, and CEO, Huang Zhang, stressed that Meizu 16s smartphone notchless design is superior to all the notch, slide, pop-up, and on-screen camera solutions that we have seen in recent times. 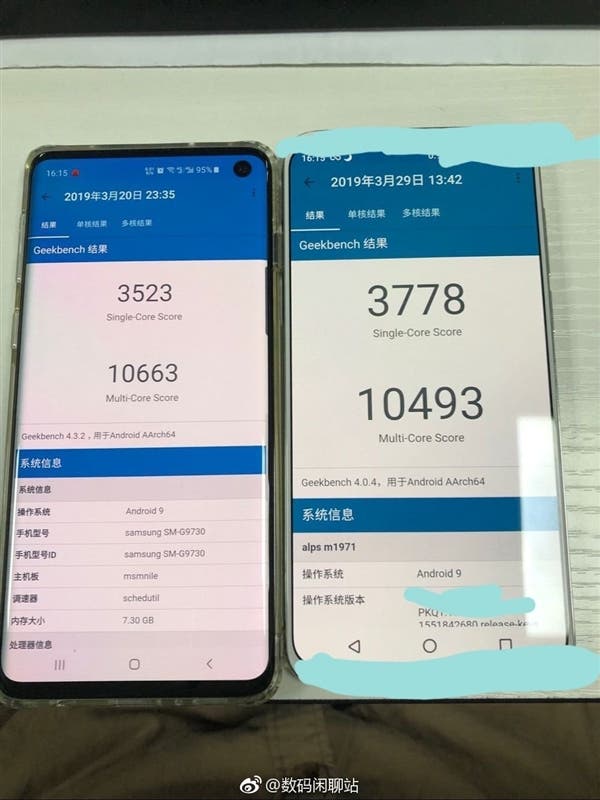 In the camera department, the Meizu 16s smartphone will be equipped with Sony’s 48MP ultra-clear camera (model IMX586), while supporting OIS (Optical Image Stabilization), and is expected to come with the super night scene mode. The image capabilities of this smartphone are worth envisaging. In addition, Huang Zhang hinted that Meizu 16s will be more expensive than the Meizu16th. Which suggests that this smartphone will sell for over 2998 yuan ($447). The device is expected later this month.