After being one of China’s leading companies, Meizu lost space to its competitors over the years. Since the last year, the company began to streamline its portfolio with smartphones that are more attractive to customers, such as the Meizu 15 series to the Meizu 16 series, and even the controversial Meizu Zero project. However, despite launching devices that are on par with the competition, the Chinese company is failing miserably in one aspect: Delivering proper support, and software support for customers outside of China.

You can imagine how terrible it can be to invest in a brand, with so many other choices in the market, expecting the minimum of support and never getting it. According to a report from a Meizu owner and reseller in France, the Meizu 15, that was released in April 2018 and is close to complete one entire year of existence, never received any update for Global users. Unsatisfied with Meizu’s negligence, the user posted his indignation at the company’s China Forum, and to his surprise, the post was hidden by the Forum admins after getting more than 400 comments and 7,000 views in just 12 hours. 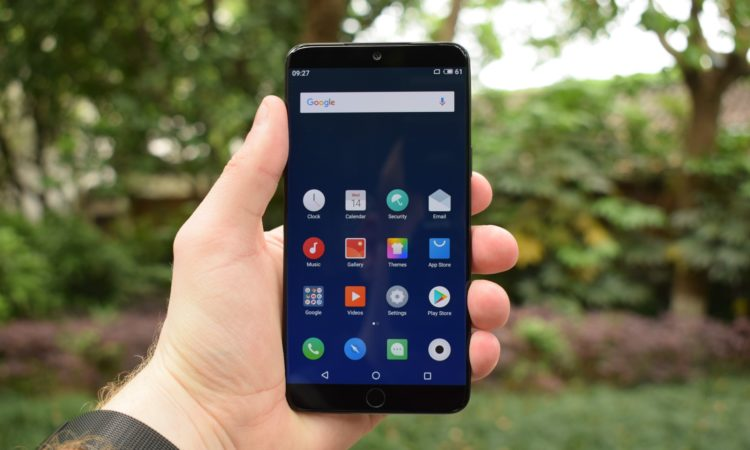 The Meizu 15 was released on April 22 last year, boasting a Snapdragon 660 chipset, 4GB of RAM and up to 128GB of Internal Storage. The handset came with strong camera capabilities having a dual-setup composed of a 12 MP f/1.8 + 20 MP sensor offering dual pixel PDAF, Laser AutoFocus, and OIS. On the top of 5.46-inch AMOLED (1080 x 1920 pixels, 16:9 ratio) display the company equipped a 20MP camera unit for selfies. Despite not having any fancy design choices on its build, the handset was well received. Unfortunately, it came with the 3-year-old Android Nougat 7.1.2 with Flyme 7 running atop. Since its release, Global customers have been waiting for a software update, that unfortunately, never came.

I have lived in France for a long time and I’m a global user of Meizu smartphones. At the same time, I am a Meizu smartphone dealer in France and Europe. Meizu smartphones are favored for their quality, but Meizu is strongly criticized overseas because the global version has never been updated. For example, I currently have a Meizu 16th phone, which almost a year after it was released, only received one minor update that fixed just one bug. In addition, the Flyme Global Forum (http://forum.flymeos.com) is currently closed. The administrator no longer communicates with us, no one collects bug feedback or suggestions. Forum administrators from all private groups have told us that the Meizu International Department is almost dead and developers no longer care. We have many key errors still waiting to be fixed. As a dealer and fan of Meizu, I have seen the situation worse and worse over the years. If no action is taken, Meizu will lose all its dealers in Europe because customers need good software support.

Then my question for the administrator is: What is the plan for Flyme Global or global users to improve this terrible situation? Can you give us at least one updated roadmap? Will the Global Flyme forum be closed?

The user, Alexander, who reported the issue in company’s Chinese forums along with the other 400 users that are frustrated with the poor support that Meizu is offering to its Global fans, is hoping that this situation does not remain unanswered. We at GizChina as an information vehicle, hope that Meizu doesn’t let his customers, and in other words supporters, without a proper answer, and without the support that they were hoping for when decided to spend their valuable money in a Meizu smartphone. After all, the Chinese firm can keep releasing new devices with new technologies and eye-catching design, but if they don’t fix this situation and lack of transparency, in the long run, it will lose customers and enthusiasts. The post mentions the Meizu 15, but of course, many more Meizu devices are receiving the same treatment.

You can check the source that links to the post in the Chinese forums, but as we mentioned before, the post was made private by the Forums administrators, in a terrible attempt to stifle the situation and hide the apparent death of Overseas support. For now, all we can do is keep forwarding the discontent of Meizu users hoping that they are not left without a solution.