According to the latest rumors coming from South Korea, the new Samsung Galaxy Note smartphone generation could include up to four models. In previous years the South Korean manufacturer had accustomed us to discover a couple of new Galaxy S series devices every year, but this year, Samsung has chosen to celebrate the tenth anniversary of the smartphone family by offering four different versions, more precisely: Galaxy S10 “normal”, Galaxy S10e, Galaxy S10+ and Galaxy S10 5G. Apparently, the same strategy could be proposed again in the second part of 2019 with the new Galaxy Note 10 series. 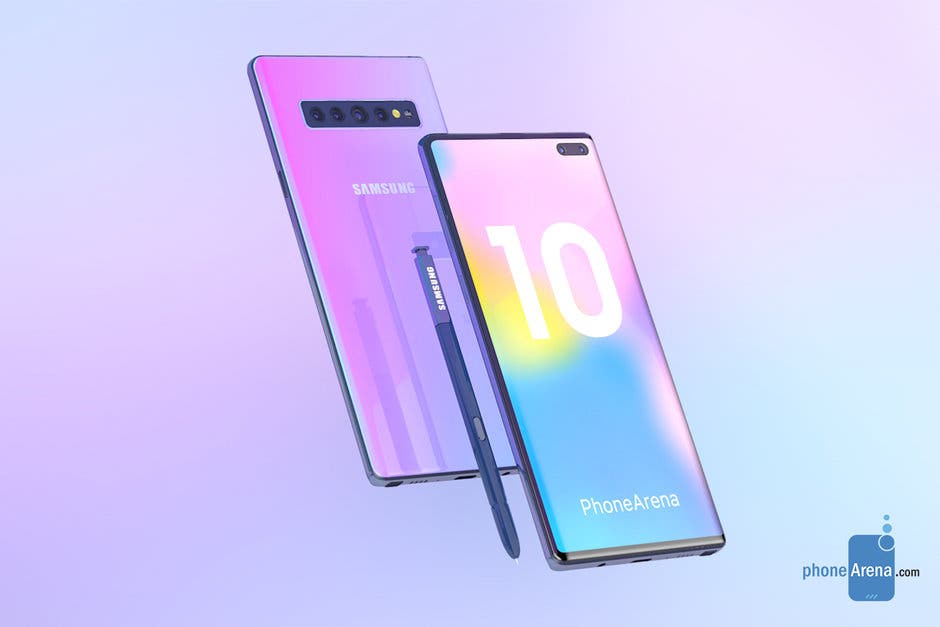 In recent weeks the possibility of having more than one Samsung Galaxy Note 10 had already been supported by some rumors for a rather simple reason: it is almost taken for granted that the new phablet will be offered in a variant with 5G connectivity. In recent days then a report spoke of a model of “reduced” size, identified as Galaxy Note 10e. With this model, Samsung intends to replicate the public and critical success of its small flagship Galaxy S10e. Galaxy Note 10e could be equipped with a display with the same diagonal as the current Note 9 and the “full size” model should rise to 6.7 inches.

The new report coming from Samsung’s homeland today talks about two LTE variants with 6.28 and 6.75 inch displays and three and four rear cameras respectively. These specifications should remain unchanged for the other two models, whose main distinguishing feature should be the 5G support. The report does not mention the batteries of the four total models, but it is reasonable to expect a greater capacity on the 5G variants.