Over the past few years, Apple and Qualcomm have been at loggerheads because of patent disputes and the cooperation between the two sides is currently severed. Qualcomm did not supply 4G chips to Apple’s new iPhones last year, but in terms of 5G chips, Apple is seriously struggling with suppliers. If Apple relies on Intel like it did last year, it may have difficulty launching 5G iPhone next year, and competitors’ such as Samsung will be years ahead. If Apple can’t launch 5G iPhones next year, it will be passive in the competition, which is what they don’t expect. According to sources, Apple has lost patience with Intel. In order to solve the 5G chip issues, Apple had contacted Samsung, but the latter refused Apple because of insufficient capacity. 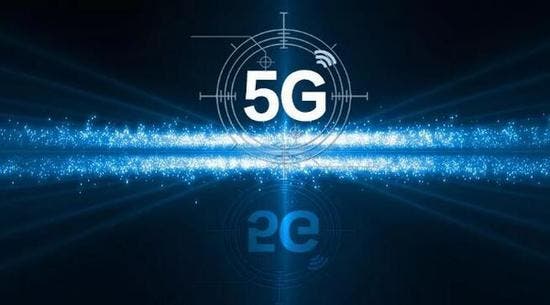 In addition to Qualcomm, Intel, and Samsung, MediaTek is also a chip company. MediaTek is a potential supplier of Apple 5G chips but UBS Analyst Timothy Alcuri said in a report last week that MediaTek is unlikely to be a supplier of Apple’s 5G chips. However, just as Apple is struggling to get a 5G chip supplier, the company may be considering a Chinese manufacturer, Huawei. However, this would by no means be a smooth process if it is true.

Huawei has been working on 5G for many years, and its subsidiary, HiSilicon, is also a company specializing in chip design. At a press conference held in Beijing on January 24 this year, Huawei officially released the 5G multi-mode terminal chip, Barong 5000. This chip can realize 2G, 3G, 4G and 5G network standards. Its independent networking and non-independent networking capacity can significantly improve the user experience.

Ordinarily, Huawei does not sell its chips to OEMs. However, sources close to the industry suggests that Huawei may consider selling its chip for the first time if and only if the buyer is Apple. Although it is still impossible to confirm whether the information disclosed by the source is true, it is difficult to predict whether Apple and Huawei can really cooperate on 5G chips. Nevertheless, if Huawei really supplies 5G chips to Apple, it is actually beneficial to both parties. Here are the potential benefits for both parties

For Apple, which is currently struggling with 5G chips, the early acquisition of reliable 5G chips is crucial for the launch of 5G iPhones. If Huawei supplies 5G chips to Apple, the company will benefit from many aspects.

First of all, with Huawei’s 5G chip, Apple will be able to launch the 5G iPhone as scheduled, and it will not be too backward behind competitors. Apple expects to launch its 5G iPhone next year but Samsung and Huawei have already launched 5G devices. If Apple can’t launch a 5G mobile phone next year, its 5G iPhone will have to wait until 2021 – the earliest will be in the spring of 2021. This will place Apple two years behind the competition. Even if Apple has advantages in terms of systems and processors, it will not be enough to make consumers switch after two years. As of now, 5G is been commercialized in South Korea, the United States, and other countries/regions, however, it is foreseeable that 5G will not be widely popular this year, and the impact of 5G mobile phones on Apple will not surface this year. If Apple can release a 5G mobile phone next year, it will catch up with the 5G wave and its loyal consumers will be willing to wait. Thus, Apple badly needs its 5G iPhone to be launched next year.

Secondly, if Apple can get a 5G chip from Huawei, it will have a better stand in the legal dispute with Qualcomm. The dispute between Apple and Qualcomm due to patent licensing fees has been going on for more than two years – since January 2017. At present, neither side has shown weakness, but if Apple blows it’s head to Qualcomm because of 5G chips, Qualcomm will deliver but the cost of that delivery will be a blow below the belt for Apple. Apple’s COO, Jeff Williams, has previously said that Qualcomm refused to provide 4G chips for Apple’s 2018 iPhones, and Apple may have to be soft pedal on Qualcomm’s patent licensing fees in order to obtain Qualcomm’s 5G chips. As the saying goes, people have a face and a skin to protect, not to mention Apple, a world-renowned manufacturer. If Apple soft-pedals to Qualcomm because of 5G chips, it also damages its brand and image. If Huawei supplies 5G chips, Apple will not have any concerns about Qualcomm’s patent licensing fees disputes, and it may also inflict pressure on Qualcomm thus giving Apple an edge in its legal dispute with Qualcomm.

Thirdly, if Huawei supplies 5G chips to Apple, it will diversify Apple’s chip supply chain which will give the American manufacturer some time to self-develop its chips. Qualcomm and Intel were both Apple’s chip suppliers. If Huawei can join, its suppliers will increase to three (will remain two if Apple and Qualcomm continue to fight), which will help expand Apple’s choice, and competition among suppliers. This can in-turn improve the performance of the chip. It can also promote price changes, which is also very beneficial to the buyers. Apple is preparing to develop its own baseband chips, but the research and development of chips is a long-term and high-input project. Even if Apple does not lack funds, it lacks time. It will not be launched before 2021 and Apple need an alternative before 2021.

For Huawei, the supply of 5G chips to Apple has many benefits. It will expand its scope of business, provide new sources of revenue, and enhance its influence in the communications industry.

Huawei’s current main business is in telecommunications equipment. Although Hisilicon Semiconductor specializes in chip design, its chips are all used for their own products. There is no precedent for supply to third parties. If 5G chips are sold to Apple, then for the first time, Huawei will be expanding into the chip business. In recent fiscal years, Apple’s iPhone shipments are above 200 million units, and the demand for related chips is also very large. If Apple launches 5G iPhone, consumers’ interest will inevitably increase, sales will be naturally high, and the demand for 5G chips will not be low.

In addition, if Huawei’s 5G chip performs well, it will be recognized by Apple, and it can become a supplier of Apple 5G chips for a long time. As a result, 5G chips will bring greater benefits to Huawei. Although Apple is trying to self-develop baseband chips, the company has little or no experience in the baseband chip. Thus even if it can be launched in 2021, the performance level has no assurance.

Secondly, if Huawei can supply 5G chips to Apple, it will also enhance its influence in the entire communications industry. As we all know, Apple is currently the overwhelming hegemony of the high-end smartphone market. With 200 million iPhones a year, it takes away more than half of the profits of the entire smartphone industry. If Huawei can enter the ranks of Apple’s suppliers, especially Apple’s supply of 5G chips, it will greatly help its popularity. This may even soften the clamp down on Huawei by the US government. Of course, Huawei’s current influence in the communications industry is very high, but if it can supply 5G chips to competitors like Apple, it will soar higher.

Thirdly, providing 5G chips to third parties will create a platform for testing the performance of related chips. This is conducive to product performance improvement. Previously, Huawei’s chips were used in its own products and have not been verified on third-party products. If 5G chips are supplied to Apple, they will be used on third-party products, thus they can be better tested. The performance and adaptability in the hardware and software environment, the lack of timely discovery and improvement will help in subsequent product improvement.

At present, there is a speculation that Huawei is open to selling its 5G chips, and will only consider offers from Apple. It is still uncertain whether it will eventually become a supplier of Apple 5G chips. However, if it sells 5G chips to Apple, it will be a win-win situation.

Previous Samsung Galaxy A80 takes the Geekbench test ahead of launch