The Snapdragon 665 is an upgraded version of the mainstream widely-used Snapdragon 660 which was launched last year. This new chip uses Samsung’s 11nm LPP process and its performance is better than its predecessor. 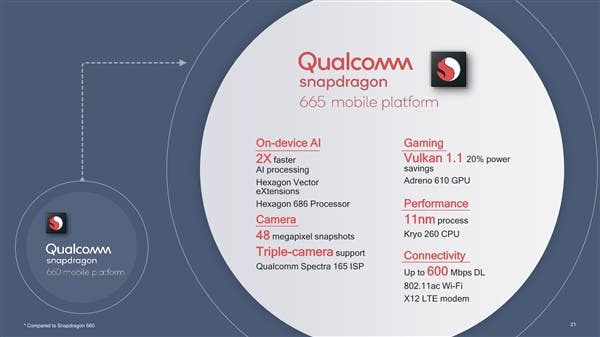 The CPU part still comes with four Kryo 260 (A73) cores and four Kryo 260 (A53). The frequency is 2.0GHz and 1.8GHz but the former is reduced by 200MHz. The GPU graphics core was upgraded from Adreno 512 to Adreno 610 which is obviously very variable, especially with Vulkan 1.1, which saves 20% in power consumption. 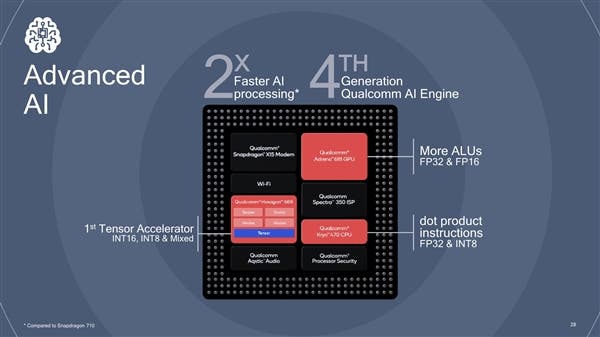 There is also an upgraded Hexagon 686 DSP and Spectra 165 ISP, which supports up to a 48MP single lens and can take a triple camera setup. At the same time, Qualcomm claims that its AI performance is twice as fast, but there was no specific explanation.

The Snapdragon 730 is, of course, an upgraded version of the quasi-flagship platform Snapdragon 710, built on the Samsung 8nm LPP process, and this is the first 8nm chip from Qualcomm. 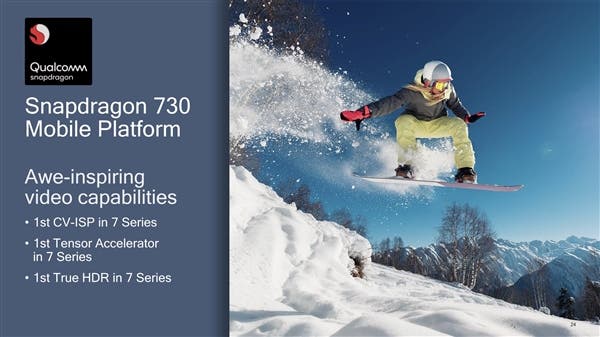 It comes with an Adreno 618 GPU, an X15 LTE modem, and support for Wi-Fi 6. The most significant change on this chip is in the AI aspect. It integrates the latest Hexagon 688 DSP, including Qualcomm’s tensor accelerator, which can be used for machine learning. With Qualcomm’s fourth-generation AI engine, the AI processing performance is doubled. 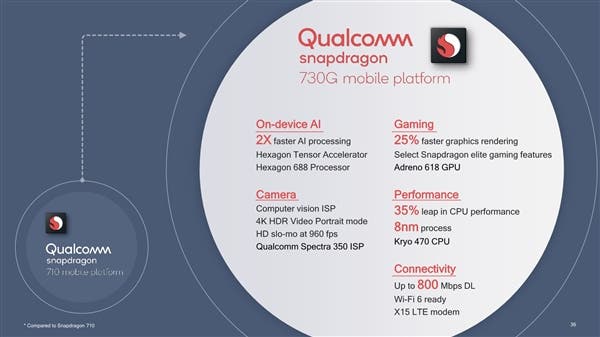 There is also a higher variant of the SD730 which Qualcomm calls Snapdragon 730G. The company claims that this chip raises the bar for serious gamers. SD730G comes with a higher GPU frequency and the performance can be improved by up to 25% in some Snapdragon optimization games. 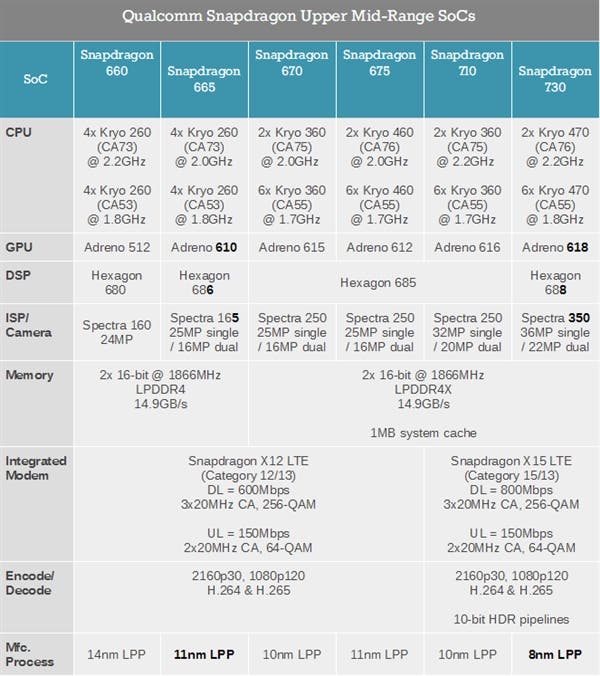 The GPU also integrates the Spectra 350 ISP and supports CV computing visual acceleration, which is also an advanced feature from the Snapdragon 800 series. This is the first time that the Snapdragon 700 series is using features like CV-ISP, tensor accelerator, True HDR, etc. Qualcomm said that smartphones with Snapdragon 665 and Snapdragon 730 (including the 730G) will hit the market in the middle of this year.

Next A Galaxy Event: How to watch live on April 10