Today, Huawei held a product launch conference in Shanghai where the company unveiled a plethora of products. One such product is the Huawei MateBook E. This laptop is a two-in-one laptop which is currently available on Huawei Mall. 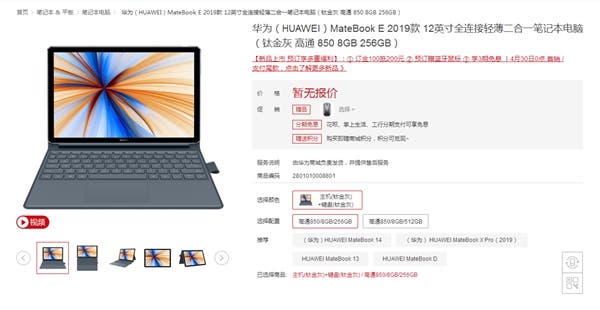 Huawei MateBook E uses a 12-inch display with a resolution of 2160×1440 and a screen aspect ratio of 3:2. It is equipped with Qualcomm Snapdragon 850 mobile platform, with up to 8GB of RAM and 512GB of storage (it also have an 8GB+256GB version). This notebook runs on the brand new Windows 10 system.

The new HUAWEI MateBook E has built-in 4G LTE and can be plugged into a Nano-SIM card for a full-time online experience. The network transmission rate reaches LTE Cat 16, and the fastest downlink speed can reach 1Gbps. It takes about 8 seconds to download a 1GB HD movie. The newly equipped 4×4 MIMO multi-antenna reception technology makes the 4G network connection more stable both indoors and outdoor. Moreover, Huawei Share has brought mobile Internet connectivity between mobile PCs, making it easy to reach smart life. It also uses a Bluetooth independent antenna air separation technology which ensures that the Bluetooth and WiFi no longer interfere with each other.

The new HUAWEI MateBook E features a 3:2 aspect ratio 2K HD touchscreen that focuses on productivity. TIt weighs only 698 g and it is just 8.5 mm thick. It comes with a leather back shell design which shows exquisite craftsmanship. It is equipped with a Qualcomm SnapdragonTM 850 mobile computing platform and Huawei’s exclusive thermal patent technology with 8-layer heat dissipation structure, which effectively boosts performance release. With its built-in 36.3Wh capacity battery, it can meet 10 hours of local 1080P video playback, making work more secure. 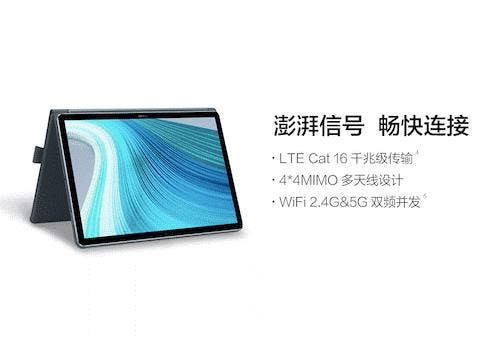 Huawei adheres to the “consumer-centric” concept, focusing on consumers’ demand for mobile internet. The notebook allows consumers to have a full-time online experience of “booting up and networking”. In addition, the Huawei MateBook E (2019) is equipped with dual speakers, dual SmartPA amplifier, high-pitched clear and penetrating natural bass which brings a virtual stereo surround experience. 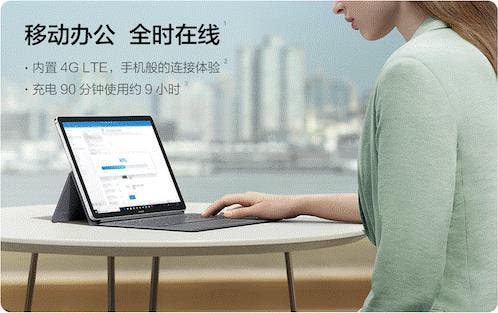