The Realme 3 Pro is set to formally go official on April 22 at an event to be held in India and the team behind the Realme brand has are beginning to engage with its fans in the form of teasers. Only yesterday, the brands India CEO released some camera samples of the upcoming device, and here comes a real live image of the device been handled by the CEO Madhav Sheth himself.

CEO Madhav Sheth has released a picture of himself playing the Fortenite game earlier today, and it appears he is taking a jab at Xiaomis Redmi Note 7 Pro. The CEO thinks the Realme 3 might be the first in its segment that can directly support it. In what could be interpreted as a  jab at the Redmi Note 7 Pro, the CEO further said he tried playing the Epic game on some latest “Pro” devices but none of them could manage, and while we are not sure what that means, there are speculations he could be alluding to the new 60fps mode that was Epic Games enabled earlier this year (which was initially limited to flagship phones). Interestingly, the CEO also has an image of a phone with the “not supported” error on its display by his side, and while he tried not to reveal the identity, it is clear to the discerning eye that is the Redmi Note 7 Pro. 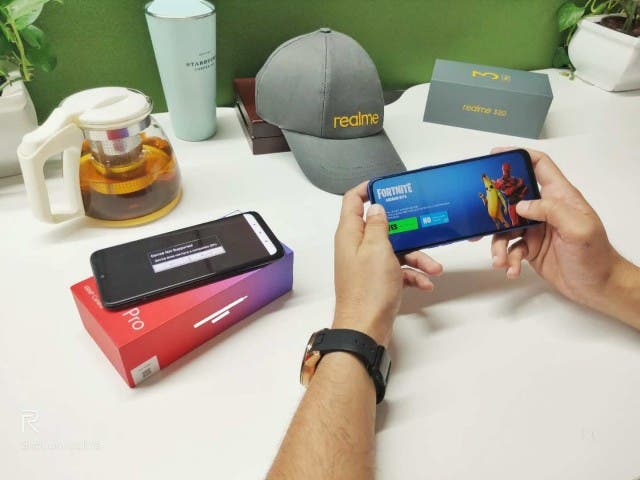 He ended the tweet with a line that hints at the Realme 3 Pro getting a faster chipset in relation the Redmi Note 7 Pro. The Note 7 for comparison sake has the Snapdragon 675 chipset, though we are not yet sure what chipset the 3 Pro will get, but definitely not the SD 855. We should find out soon, what this jab is all about.