The Samsung Galaxy S7 was launched in February 2016, which is over two years ago, a very long time when it comes to technology products.

Most manufacturers guarantee software updates for a maximum period of two years from the launch of a smartphone and, usually, as we get closer to the end of this cycle, waiting times for an update become longer and longer.

It seems, however, that the Korean giant has decided to follow the example of Google with the first generation of Pixel smartphones and guarantee the Samsung Galaxy S7 a year of additional updates, which means Android 9 Pie and Samsung One UI interface. 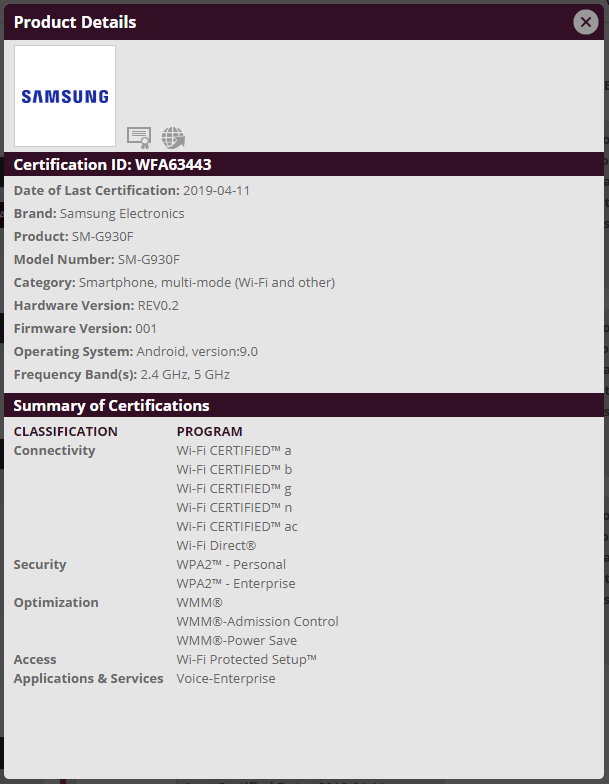 A sort of confirmation comes from the Wi-Fi Alliance database, where the manufacturer has updated its registration for the Samsung S7 (SM-G930F) to show support for Android 9 Pie.

However the manufacturer has not updated its FOTA test bed, that is the database where it loads the numbers of the software builds to be tested, which as far as the Samsung Galaxy S7 is concerned, are still running Android 8.0 Oreo.

To find out if the Samsung Galaxy S7 will really taste Android 9 Pie, we will still have to be patient.