Samsung is on a launch spree as it is busy populating its new Galaxy A and Galaxy M series of smartphones. Hot on the heels of the global launch of the Galaxy A80 with a unique pop up camera, Samsung mobile at an event today in China announced the device for the Chinese market, making it one of the first few markets to get the device. Alongside the A80, and perhaps the most important announcement of today, Sammy also announced the Galaxy A40s- a rebranded Galaxy A30 and the Galaxy A60 in the country.

The Galaxy A60 looks more like the Galaxy A8s, albeit a few internal differences. First off, the device gets a slightly larger 6.3-inches LCD display with a Full HD+ resolution, with a  91.8 percent screen-to-body ratio all thanks to its Infinity-O display with a punch hole for the selfie cam. While both the A60 and A8s gets the same Infinity O display, the A60 makes use of an LCD panel instead of an AMOLED seen on the A8s. Notably, the A60 punch hole is a bit smaller at 4.69mm diameter instead of the A8s 4.8mm. 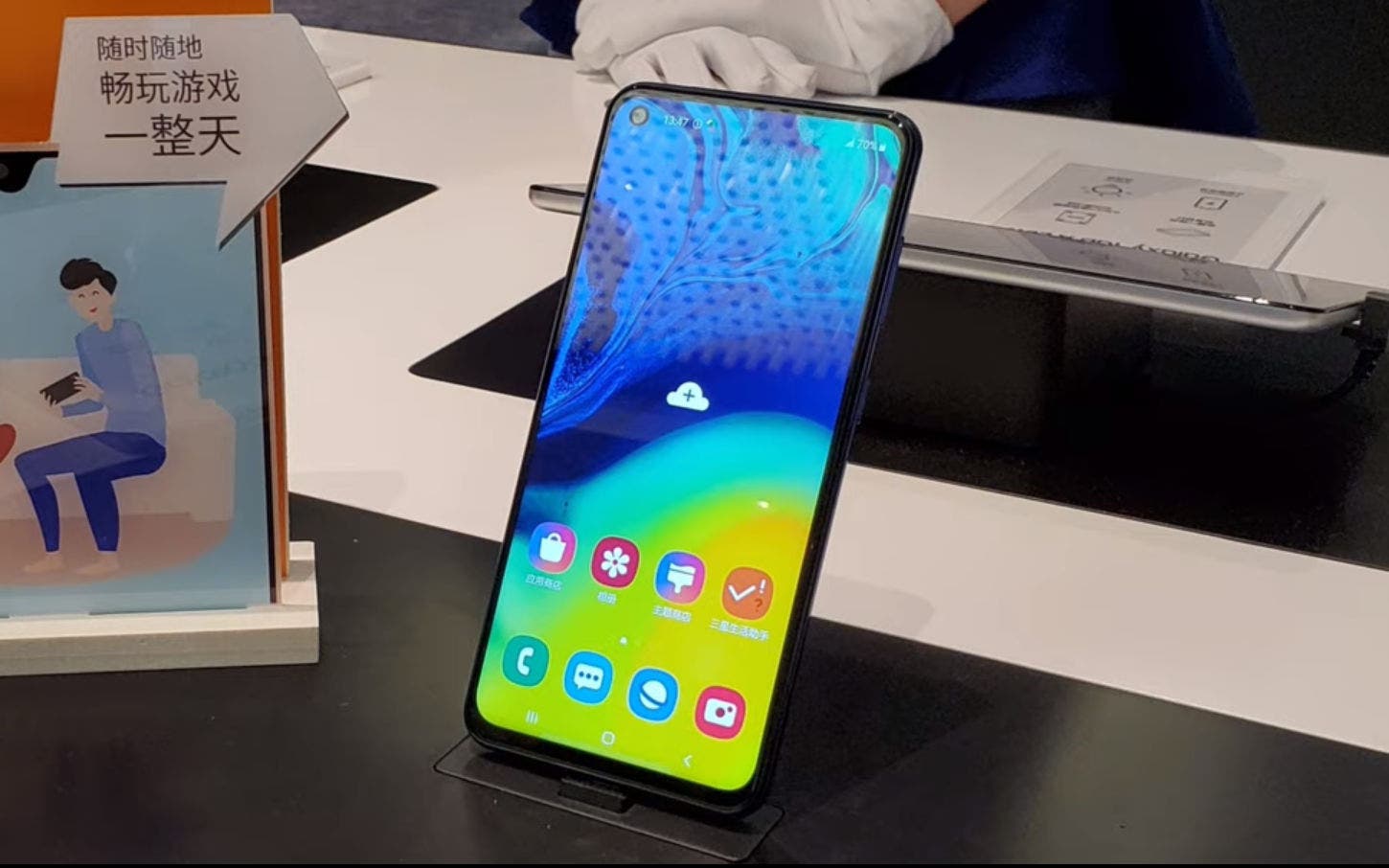 And given that the A60 has an LCD panel, Samsung has to stick with the capacitive fingerprint scanner at the rear as well as a triple camera setup consisting of a 32MP f/1.7 aperture primary camera, an 8MP f2/2 aperture ultra-wide camera, and a 5MP f/2.2 aperture depth sensor. Again, Samsung is using a chipset from Qualcomm – the same SD 675 Soc seen on the A70 instead of its own Exynos Soc. Other specs include a 32MP selfie cam, a 3500mAh battery that charges over a USB Type-C charging port.

Next Samsung Galaxy A40s launched in China, its a rebadged M30