Qualcomm reached a settlement with Apple which ended their long-standing and extensive legal disputes. The agreement includes Qualcomm’s baseband chip supply, six-year patent license and Apple’s payment to Qualcomm. This agreement has an impact on Apple’s supply chain strategy but it does not comatose Apple from working on its modem. 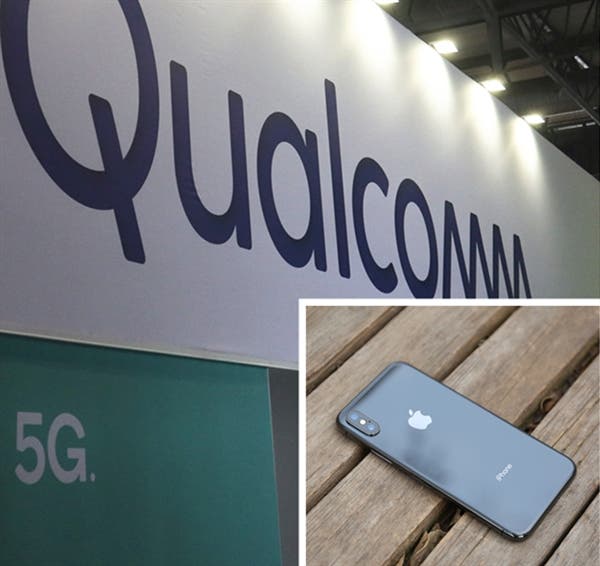 Apple’s settlement with Qualcomm this week has impacted the company’s supply chain strategy, which has become one of the biggest challenges in its efforts to cut off its reliance on key component suppliers. The iPhone maker reached an agreement with Qualcomm on Tuesday to terminate all legal proceedings and will re-use the chipmaker’s modem, possibly including important 5G chips. This ended the two-year patent dispute between the two technology giants.

This agreement contains a six-year license term. In other words, within six years, Apple will not design its own modem, nor will it terminate cooperation with Qualcomm. This also highlights the difficulty of developing key components on their own.

“Modem is the king’s game,” said Gus Richard, a chip analyst at Northland Capital Markets. “Qualcomm is probably the only company in the world that can offer 5G modems for Apple phones next year.”

Modems require more levels of technology than other types of processors. It is responsible for linking the phone to the cellular network, allowing the device to browse the web, download applications, and make calls. Wanting to run this technology smoothly around the world is a complex task that requires extensive industry knowledge, but it’s hard to do it overnight. Apple started developing its own modem about a year ago, and this part of the work usually takes at least two years, and it will take another year and a half to test.

Qualcomm has done a lot of this kind of work for mobile phone manufacturers, and it has taken years to establish relationships with major telecom equipment manufacturers and suppliers. The company has labs in its headquarters in San Diego and elsewhere to replicate the environment in which the phone is located anywhere in the world. This becomes critical when changing standards and introducing new devices and services.

“It’s very difficult to make modems meet the requirements of the world.” Richard said, “Enterprises have accumulated a lot of fragmented knowledge through 2G, 3G, 4G. Without this experience, you may not have the experience needed for success. ”

One of the most dominant players in the history of the global semiconductor industry, Intel, admitted to the difficulty of modems. Apple opted for Intel to supply 5G modems but the chip giant is lagging behind in this area and has not provided a viable solution for the iPhone. According to informed sources, Apple plans to launch a 5G iPhone with a Qualcomm modem in 2020. Despite the agreement, analysts still believe that Apple will work on its 5G modem

“Apple will continue to build on its internal expertise as a second potential source of vertical integration with Qualcomm over a long period of time,” said Cowen & Co analyst Matt Ramsay. “But we think Qualcomm’s leadership in the 5G market will enable the company to become the sole modem supplier for Apple’s 5G products in the next five years.”

Apple has not given up on its independent development goals of the modem. Although the lawsuit was settled with Qualcomm, the company is still developing its own components. They have established dedicated teams in San Diego and Cupertino, California, and Munich, Germany. Informed sources said that hundreds of Apple engineers are developing modems at the UTC Innovation Center in San Diego. The team will also integrate Qualcomm’s 5G modem into future iPhones and support Intel modems in existing models. Apple plans to recruit hundreds more employees for the project. Of the positions listed by Apple on its website, 30 mention modems, and 33 mention 5G.