Without a doubt, OnePlus 7 Pro is one of the most anticipated smartphones of this year and the continuous rumors that try to anticipate its main features do nothing but increase the curiosity of Android fans.

Even Ice Universe on Twitter has decided to make its own contribution, announcing that the smartphone will count on the Super AMOLED display from Samsung with 2K resolution and 90 Hz refresh rate (similar to that of the iPad Pro). 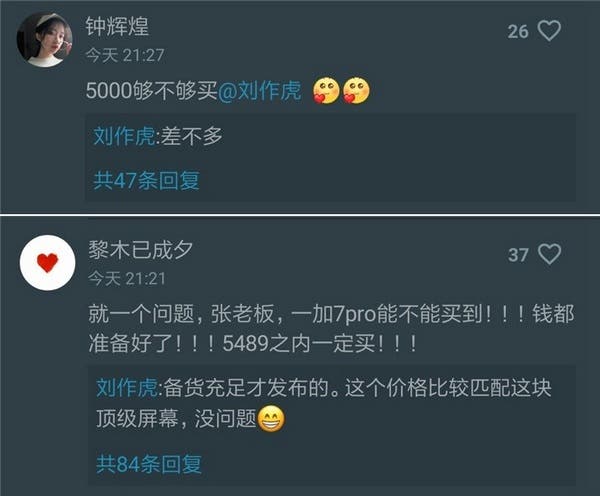 The new OnePlus smartphone with the code name GM1913 has also recently received certification from the NBTC, the Thai authority that deals with mobile devices:

Finally, from Weibo social network comes new information related to what could be the price of OnePlus 7 Pro in China. In fact, Pete Lau, co-founder and CEO of the manufacturer, confirmed to a user that 5,000 yuan (equivalent to around $745) could be enough to buy the smartphone.

Given that, It is reasonable to assume that the Pro model will be sold at a price between $749 and $799. Obviously this is just a guess, but the fact remains that OP7 Pro could definitely be the most expensive OnePlus device ever.

Next MORE CHEAP SOFTWARE KEYS WITH COUPONS FROM LVLGO