After Samsung is done and dusted with the around a dozen of new Galaxy A series phones in 2019, the company seems to be now focusing on its new budget M series. The Galaxy M40 is the latest handset in the pipeline and the alleged device has appeared on Geekbench today. We searched Gekebench for the listing but couldn’t find the listing. 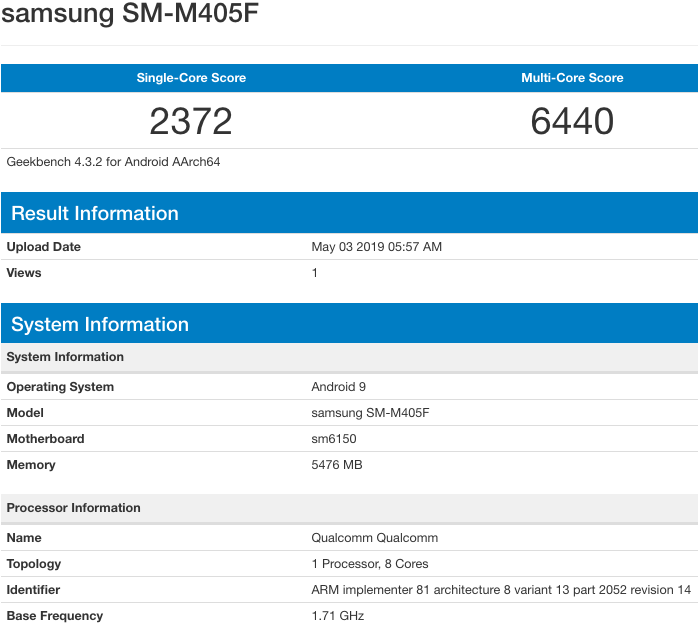 According to the new listing, the SM-M405F is powered by a Snapdragon 6150 SoC which is actually the codename of the Snapdragon 675 coupled with 6GB of RAM. It shows Android Pie onboard the handset which isn’t a surprise.

The same handset is also likely to launch in India, as per leaked info and 128GB will be a storage option. The Galaxy M40 has recently also been certified at Bluetooth SIG and Wi-Fi Alliance bodies further supplementing rumours of its impending release. We expect the handset to be placed above the Galaxy M30 in the pecking order, and hence also being more costly due to the same reason. Though, it remains to be seen how Samsung will justify the higher asking price apart from the superior processor.

Previous Top 5G smartphones that you can buy this year

Next Huawei / Honor: add call recording support to EMUI 9 with this APK