South Korean electronics giant Samsung has today expanded its new Galaxy M series of smartphones with the launch of the Galaxy M30 – the third and the most premium of the series till date. The latest addition is coming just a day after it dropped a couple of smartphones under the Galaxy A series, and just 24hrs until the Redmi Note7/Pro comes to India.

Set to go head to head with the Redmi Note 7, the Galaxy M30 has encased in a frame a gradient design, plastic rear which is fitted with a tri-camera system. The tri-camera setup comprises of a primary 13MP sensor coupled with a 5MP depth sensor, a 5MP ultra-wide sensor and beside that is a capacitive fingerprint scanner.

It gets a 6.4-inch Full HD+ Super AMOLED Infinity-U shaped notch display, and under the hood is Samsungs Exynos 7904 octa-core chipset backed by 4GB/6GB RAM and 6GB/128GB storage. The Galaxy M30 gets the Widevine L1 certification, which essentially means you can stream HD content from services such as Netflix and Amazon Prime videos. Aside from the triple rear camera, another plus for the M30 is its mammoth 5000mAh battery with support for 15W fast charging. 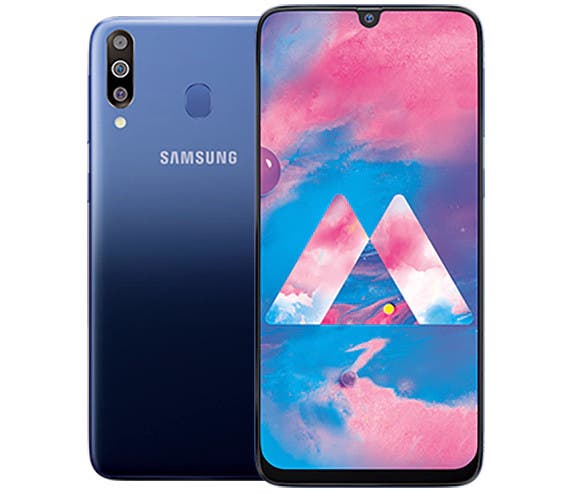