In its latest effort to claim the India market dominance from the likes of Xiaomi and OnePlus,  Samsung mobile earlier today introduced a new Galaxy M series of smartphone which will step in in the toes of its Galaxy J series. Today’s arrival of the Galaxy M10 and Galaxy M20 puts an end to over one month of leaks and rumors.

Notably, the Galaxy M2O comes with a 15W wired charging support (charger included in the box), a rear fingerprint sensor, a Face Unlock while it sadly boots Android 8.1 Oreo with Samsung Experience 9.5 out of the box.

It retains the 13MP regular + 5MP ultra-wide camera but has seen a step down in the memory and chipset unit. It ditches the Exynos 7904 for a less powerful Exynos 7870  with 2GB RAM OR 3GB RAM, AND 32GB storage.

Other areas of compromise include a 3,430mAh unit with regular charging, no fingerprint scanner, and no Face unlock. 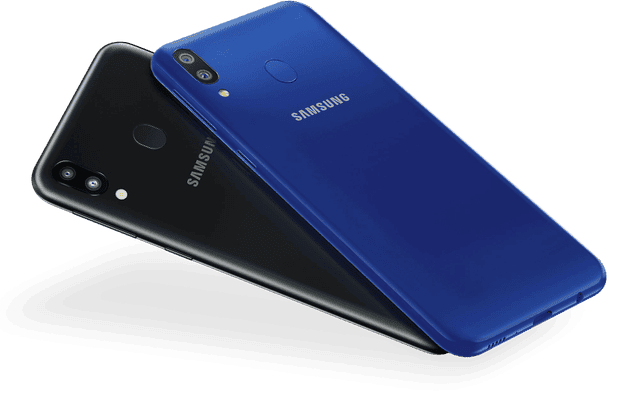