Yesterday, the Xiaomi Mi MIX 3 5G version was released via Sunrise operator store in Switzerland. As one of the earliest brands to launch a 5G phone in Europe, Xiaomi has commenced the 5G battle on a strong note. At this year’s MWC conference in February, Xiaomi announced the Xiaomi Mi MIX 3 5G mobile in Europe for €599 ($670). Now, the device has officially hit the store for the first time in Switzerland. 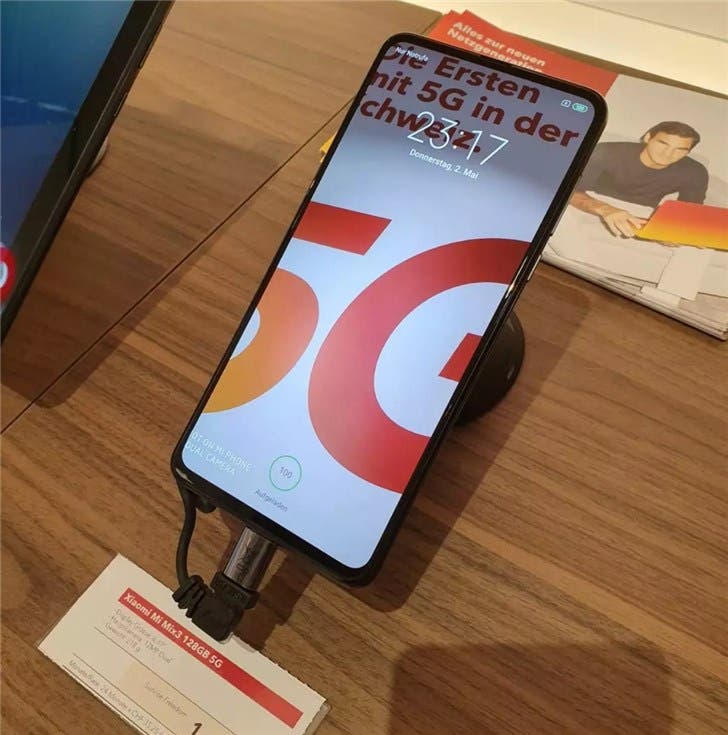 The Xiaomi Mi MIX 3 5G version is one of the first 5G commercial mobile phones in the world. It is equipped with a Qualcomm Snapdragon 855 processor and Snapdragon X50 5G baseband. In addition to the processor upgrade from Snapdragon 845 to Snapdragon 855, there was also a baseband upgrade from X20 LTE to X50 5G. There was also an increase in the battery capacity from 3200 mAh in the regular version to 3800 mAh in the 5G version. Apart from these, all other features are consistent with the regular version.

This smartphone uses a 6.39-inch FHD+ AMOLED screen; it is equipped with a Qualcomm Snapdragon 845 mobile platform coupled with 6GB/8GB/10GB of RAM and 128GB/256GB of internal storage. The company claims that the life span of the magnetic power slide is 300,000 slides. However, a private smartphone reviewer said that the Mi MIX 3 can take up to twice the official figure. The display ratio is up to 93.4% and the chin is only 4.46 mm. It is 8.46 mm thick and weighs 218g.

In addition, at the release press conference, Xiaomi’s CEO also emphasized that the Xiaomi Mi MIX 3 has adopted the strongest post-AI dual-camera. It has a front-facing 24MP sensor which supports 960-frame slow-motion photography, and its DxOMark score is 108 points.

Previous Samsung patents a phone with a "wrap-around" display