In less than a week, Google will officially release its latest smartphones, Pixel 3a, and Pixel 3a XL. In recent times, there has been a lot of leaks about these smartphones such that there is little or nothing to be unveiled on launch day. However, it is not too late for us to have a glimpse of the retail box of the Google Pixel 3a XL. Today, some new images of this box appeared on BestBuy and it verified some of the speculated features. 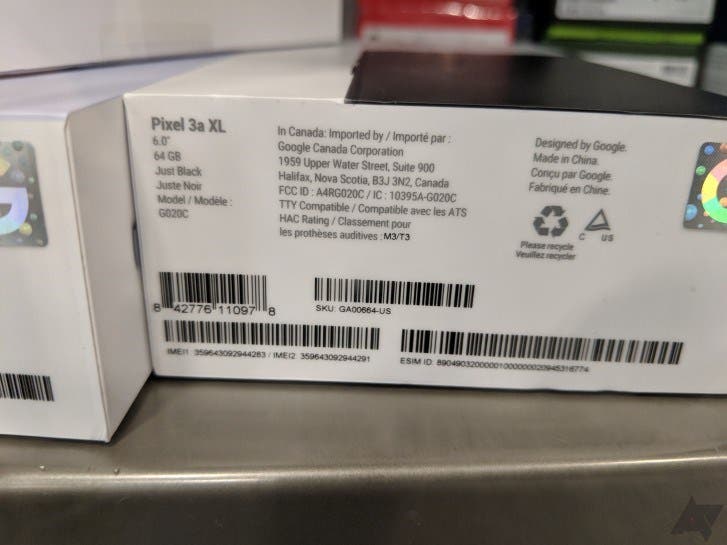 According to the box information, the Pixel 3a XL comes with a black colour although there are other colour variants. The Pixel 3a XL features a 6.0-inch display and the model number is G020C. The black model in the chassis is a 64GB storage version, be also expect a 128GB version. This phone was imported by Google Canada Corporation probably from China where it was made.

The Pixel 3a and Pixel 3a XL are Google’s first mid-range Pixel phones. It is reported that Pixel mid-range phones will run on a Snapdragon 670 CPU with 4GB of RAM. It will retain the 3.5mm headphone jack. According to the latest reports, the Google Pixel 3a starts at $399 and the Pixel 3a XL starts at $479. The two devices will be announced during the Google I/O conference in San Francisco on May 7.