Yes, the competition and rivalry are getting more intense, and companies are getting cheeky with the promotion of their upcoming or announced devices. Huawei and Samsung aren’t strangers to the game, and right now, the Chinese firm is throwing shade at its Korean rival.

I implore you to take a look at the image below. Yes, that’s Samsung’s store somewhere at a Brisbane shopping mall, and over the store is a large HuaweiP30 Promotional billboard wooing customers with a mother’s day offer of $200. The firm back in 2018 also promoted the HuaweiP20 and P20 Pro with its promotional Huawei trucks parked in front of Samsung’s stores in London.

The latest flagship devices from both companies are unarguably two capable feature-packed devices, with both positioning their devices as the best camera focused phone ever made, so it isn’t surprising seeing Huawei going out of its ways to promote the Huawei P30 Pro – a device that has received more than enough accolades from reviewers for its camera/photographic capabilities. 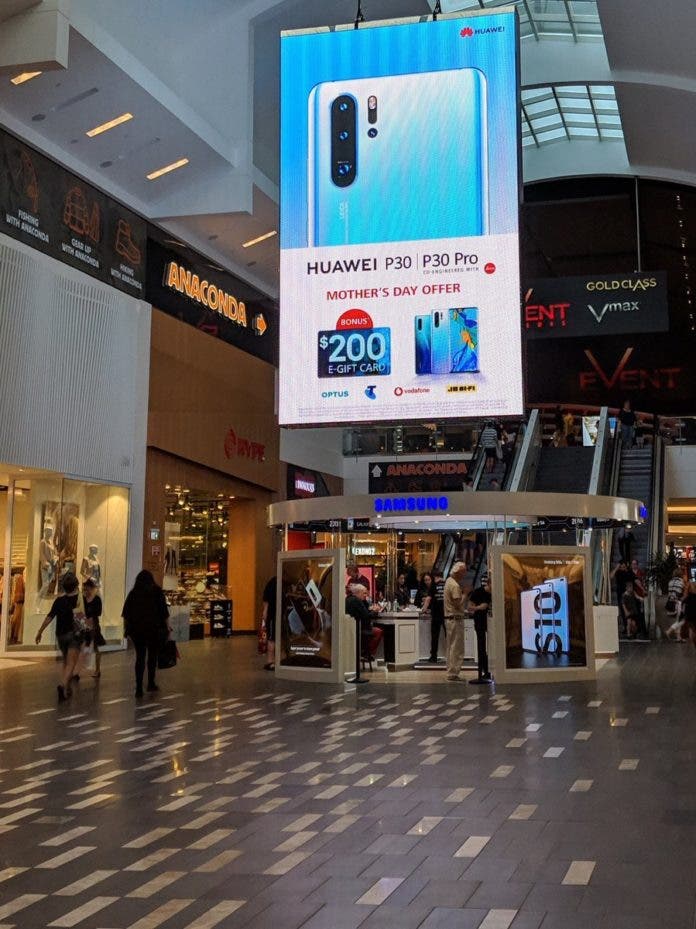 A recent market report suggests Huawei is gradually breaking up the smartphone duopoly, having gained a whopping 7.2 points to clinch19.0% market share – the largest lead it has held above Apple, and also the closest it has come to unseating Samsung — it’s now closer to its Korean competitor than its American counterpart. The report covers the 2019 Q1 – a period in which the Huawei P30 and P30 Pro were yet to hit properly hit the ground running.

Next Possible OPPO Reno Lite gets certified on TENAA