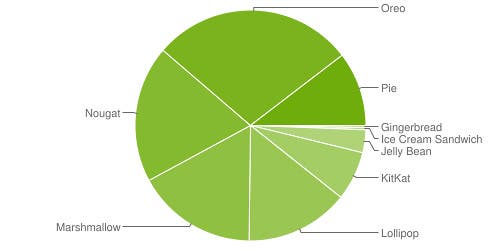 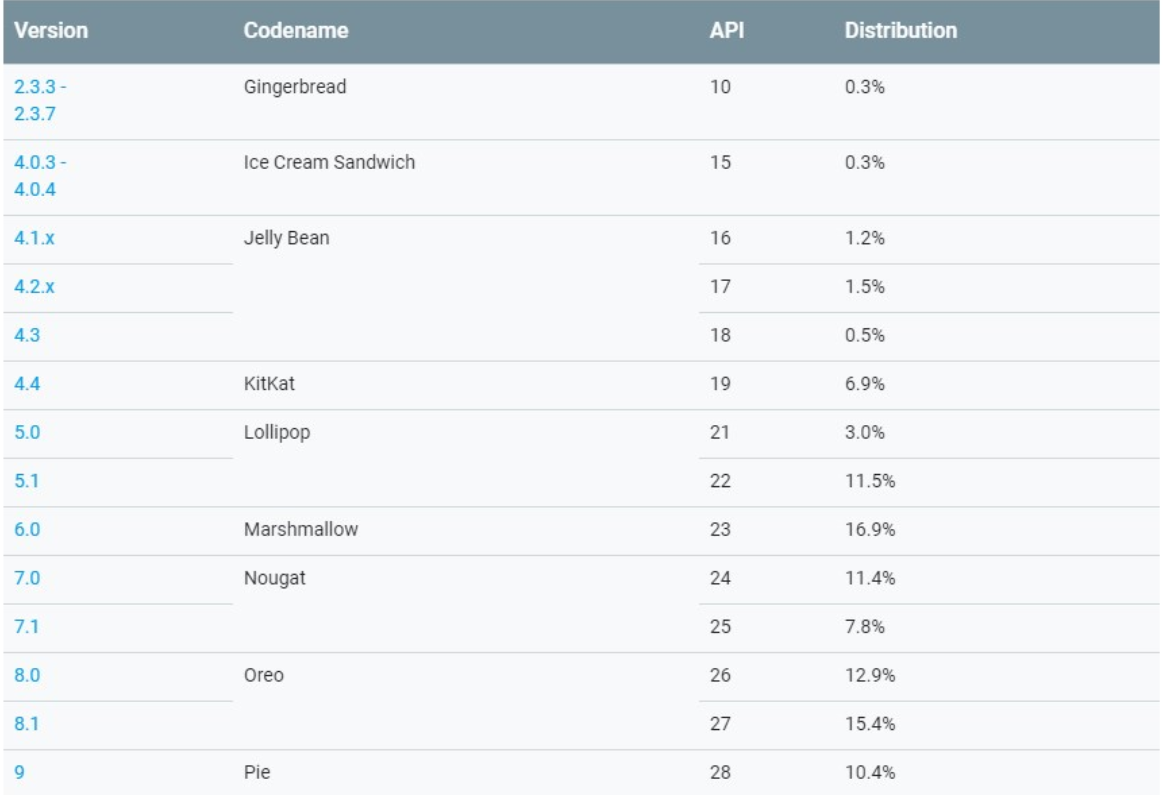 However, there are some systems like Gingerbread and Ice Cream Sandwich that are still on the chart holding 0.3% apiece. These systems are nine and eight years old respectively and based on Android’s 2.5 billion devices, not less than 15 million devices still use these old systems. In fact, the Gingerbread was at 0.2% in October 2018 and now its 0.3%.