During the Google I/O 2019 conference, it emerged that Play Protect now scans 50 billion applications a day. The number was announced as part of the focus on privacy and security during the event.

Google Play Protect has received a number of improvements since it was introduced at Google I/O 2017, a new interface has been added earlier this year, although it remains mostly a quiet and discreet component for most users. 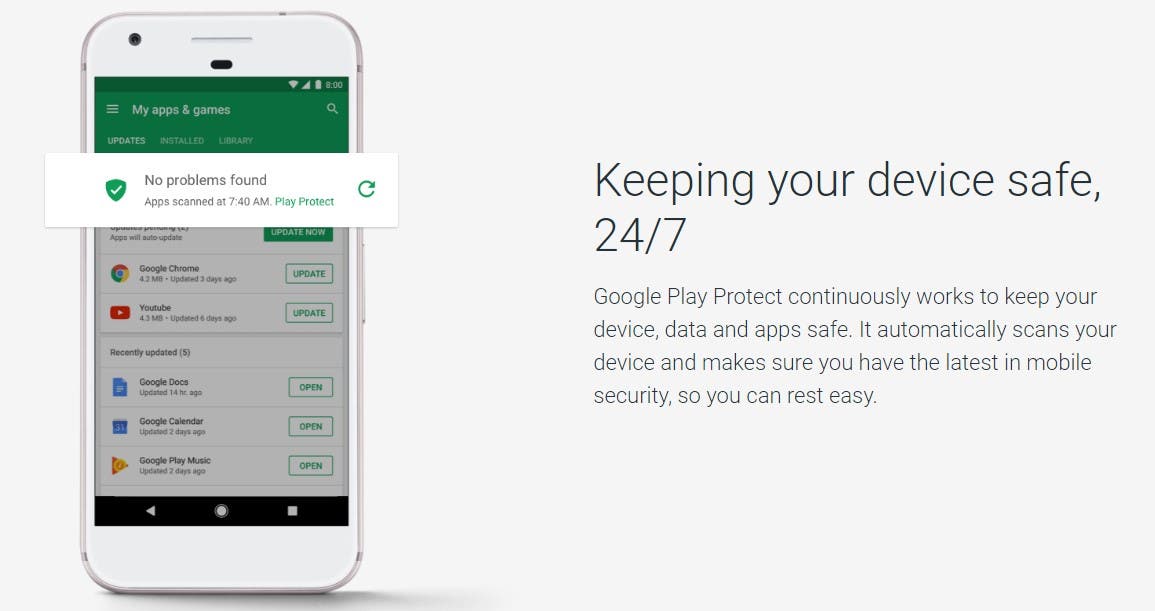 Play Protect is about two years old and scans all the applications installed on the device to detect malware that comes from the Play Store or from an APK, It was made with a mission to keep every Android device equipped with the Google Play Store safe against PHA (potentially harmful applications).

The service performs this task both by controlling the apps present on the Play Store, and in the form of integrated protection in users’ devices, blocking PHAs and providing warnings to the latter.

It is worth to mention that as Google starts rolling out the details of its latest system, Android 10 Q, the company is also revealing some information about the Android system since its inception about a decade ago. Android’s senior director, Stephanie Cuthbertson, announced at the ongoing Google I/O 2019 developer conference that the Android system now has about 2.5 billion devices worldwide.