Lenovo owned Motorola is getting set for a launch event later this month in Brazil. We are still a couple of days away from the May 15 event, but press renders already leaked, revealing the key features of the star product of the event – the Motorola One Vision as well as the Moto E6. 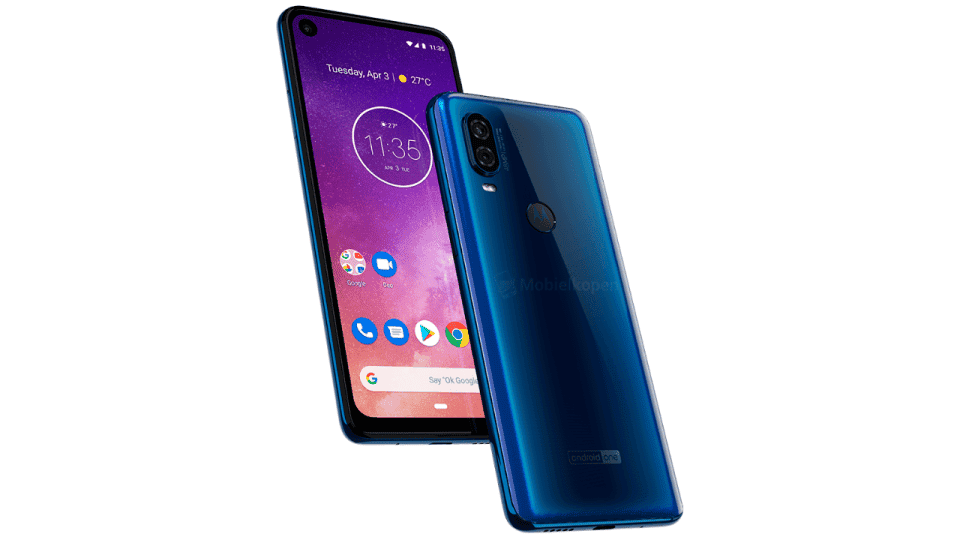 Courtesy of Mobielkopen, we’ve got a fresh look at Motorola One Vision in a new blue design, and as revealed in past leaks, the latest renders reveal the Android One branding, a dual camera setup, rear fingerprint reader, and notably, a sizeable 6.2-inch display with its “hole-punch” cut-out for the selfie camera similar to the Honor View 20 and several other devices that have traded the notch for the “hole-punch” cut-out. A closer look at one of the leaked render reveals the main camera will come with a 48MP sensor with f/1.7 aperture and OIS.

The Motorola One Vision will reportedly launch in China as the Motorola P40, although with the same design, and perhaps a few changes in the internal makeups – the RAM, and storage sizes. Previous leaks have revealed the internal makeups to include the 10nm Exynos 9610 octa-core chipset coupled with 3GB/4GB of RAM and will be available 32GB, 64GB, and 128GB storage options, while it will be powered by a 3,500mAh battery.

There are reports that the device will launch on May 15 alongside the Motorola One Action, though there is no concrete info about the latter at the moment.

Next Google Maps AR now rolling out to Pixel devices