Motorola has already refreshed its G series of phones this year and the Moto E series which is the super affordable range from the company still remains to be updated in 2019. That doesn’t seem to be very far as clear leaked images of the Moto E6 have made it to the interwebs today. The leak comes from a trusted source of 91mobiles who have previously had success in such leaks. 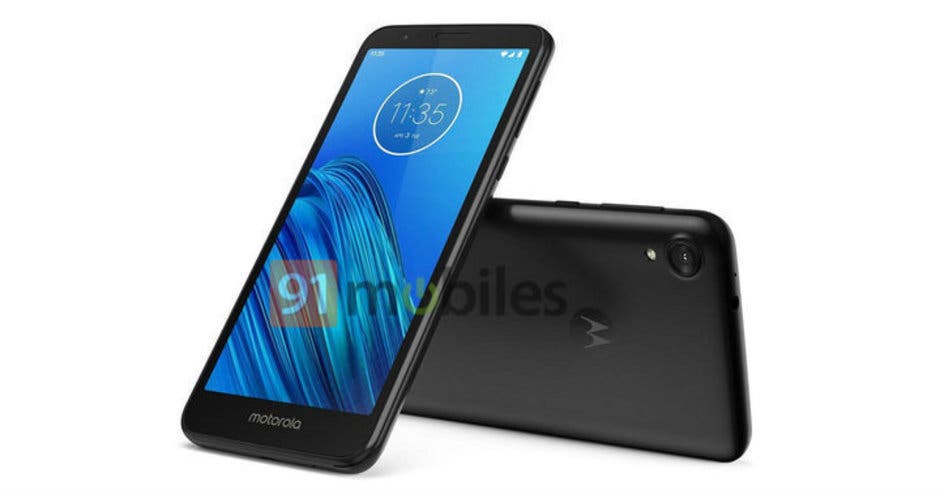 Taking a look at the image, the Moto E6 looks likely to stay away from the notch game with a plain traditional display with thick bezels on the top and bottom. Moreover, it appears to be an 18:9 format panel with Moto’s trademark MaxVision display. There are some noticeable changes at the back of the Moto E6 compared to its predecessor. For starters, the camera bump is gone, the lens is now on the positioned on the corner, and there’s no fingerprint reader to be seen anywhere. As pointed out by the source, the back will likely be removable, and thus, not made up of metal. There’s also a Micro SD card slot along with a 3.5mm headphone jack on the handset.

That is as far as the render is concerned. Previous leaks have hinted that the Moto E6 could feature a Snapdragon 430 SoC along with a basic 2GB of RAM. The display is believed to be 5.45-inches HD+ while the camera sensors are expected to be 13MP and 5MP for the rear and front respectively. There’s a May 15th launch event coming up where the company might launch the Motorola One Vision in Sau Paulo.

Previous Samsung Galaxy Note 10 To Use UFS 3.0 Like OnePlus 7