ASUS is ramping up the hype for its May 16th event in Valencia, Spain where it will unveil the much anticipated ASUS Zenfone 6. The Taiwanese firm has in the past posted several teasers hyping several features of the upcoming device, but there is a lot left to be unveiled, and we are likely to get some more revelation from the firm in the coming day.

We’ve already heard that the ASUS Zenfone 6 will sport a notch-less fullscreen display with possibly a sliding camera, and now in the latest bit of teaser, the company has revealed some few more key specs of the upcoming device. Via a teaser image posted on Twitter, the firm confirms that the device will feature the Snapdragon 855 SoC under the hood which is to be expected, given that it is billed to arrive as a flagship-grade device. The image further reveals that the device will get a LED Notification light, a 3.5 mm headphone jack at the bottom next to the USB-C port, a Smart Key accompanied by volume rocker and power button as well as triple slots for SIM and microSD cards. 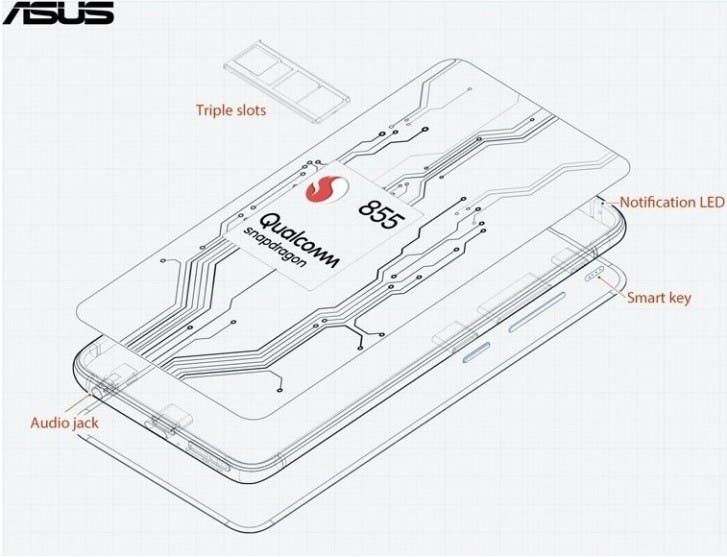 Elsewhere, an Asus executive has also dropped a subtle hint that suggests the ASUS Zenfone 6 will sport a dual camera (48MP+13MP) setup and a significantly upgraded battery size – a 5000mAh.

Next OnePlus 7 Pro has no more secrets: official specs and price revealed