Redmi is an independent brand. This means both (Xiaomi and Redmi) can do anything and run any policy they want. As for our protagonist, it has already managed to prove there will be any type of products that will continue their cost-effective strategy. If you remember, after the brand independence in March this year, Redmi has released a few new products, such as wireless headphones, smartphones, washing machines, and now there is every reason to think there will be a notebook. Today, the so-called Redmi notebook has passed SIG certification, namely the RedmiBook. 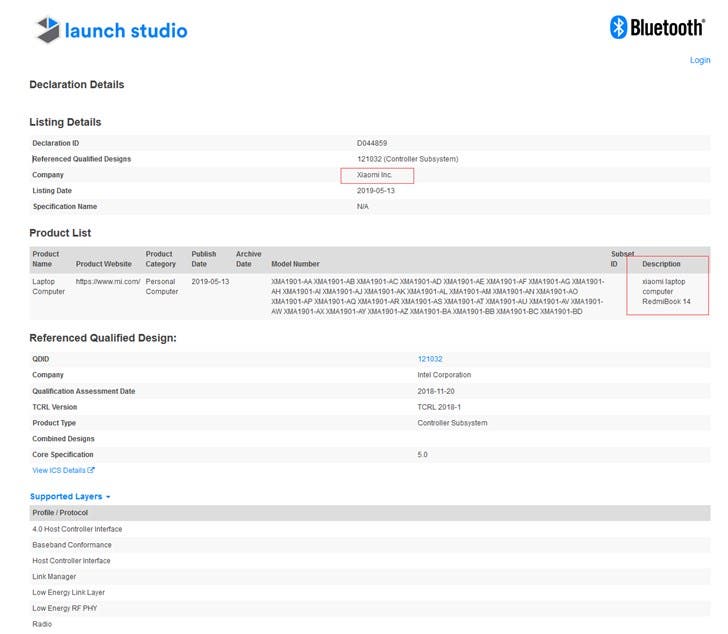 According to the Launch Studio, the first notebook of Redmi will be named the RedmiBook 14. As the name suggests, this laptop will sport a 14-inch display. Seems nothing strange with this news, but Xiaomi has never launched 14-inch laptops. By the way, the notebook will be manufactured by Inventec (Chongqing).

Well, as for Redmi’s ‘founding father’, Xiaomi has previously launched a few laptops that managed to occupy a huge share not only in the domestic market but overseas as well. The first Xiaomi laptop appeared on the shelves back in 2013. And in the past 5 years, this company could become one of the leaders in China’s notebook market. Plus, it’s among the leaders in India as well.

This was a clear hint that traditional smartphone makers can design laptops and succeed as well. That’s why Huawei has come in with its own notebooks. The same is true for Huawei’s sub-brand Honor. And no one should surprise if other phone makers enter this niche in the future.

As for the RedmiBook, nothing certain is known at this moment. But we guess leaks and rumors will come soon.