Chinese smartphone maker OPPO could be releasing a sequel to last year’s OPPO K1 soon. China Telecom already outed the device’s key specs and features, and now, we got to know that the upcoming OPPO phone will indeed be named the OPP K3 as well as its release date.

The Chinese phone brand earlier today announced that it will launch the OPPO K3 on May 23 at an event in China which will start at 2 PM local time. It also confirmed the smartphone will be powered by the Snapdragon 710 SoC. Last year’s K1 brought in the in-display scanner, and so far, information out here says the OPPO K3 will build on that, as it will be rocking a 6.5-inch Full HD+ AMOLED display with a resolution of 1080 x 2340 pixels. But unlike the K1 with a water-drop notch for the selfie camera. the OPPO K3 will be adopting the shark fin-style selfie camera similar to the one on the OPPO Reno while it will retain the dual camera module. 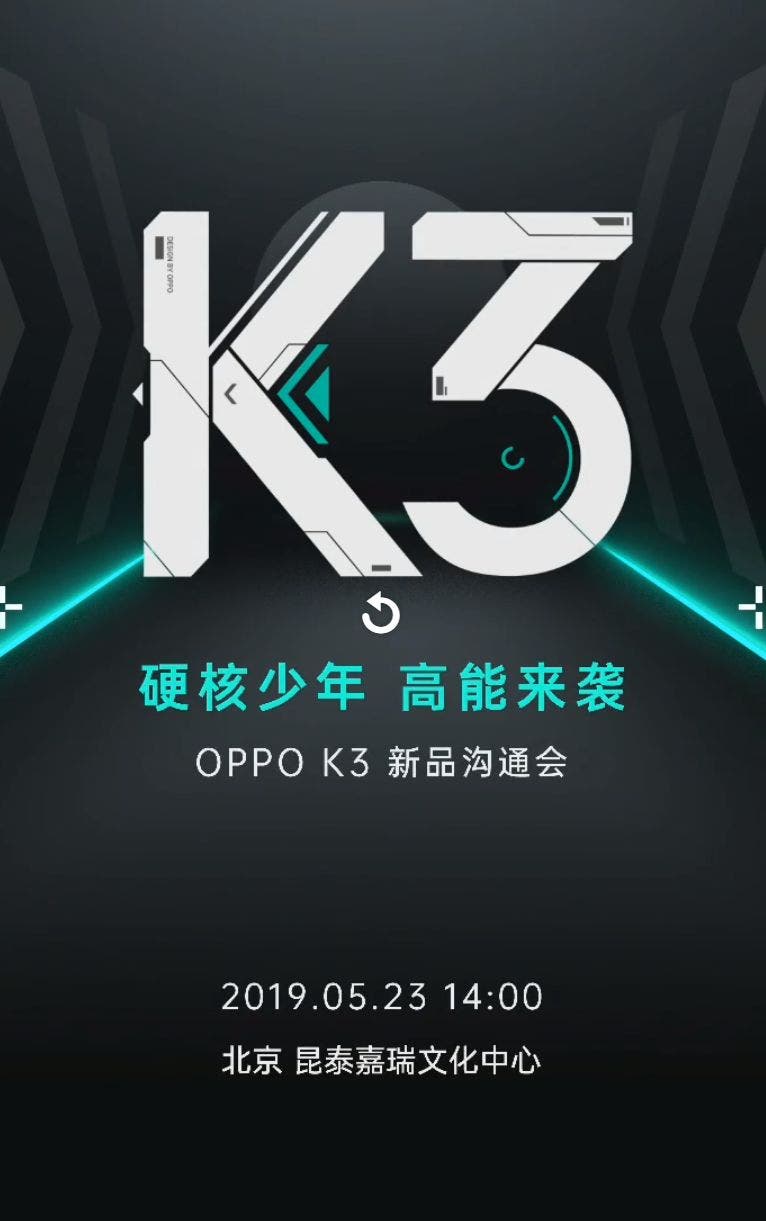 The camera specs include a 16MP front camera, a 16MP and 2MP modules for the rear, while it will boot Android Pie out of the box. Leaked info suggests it will get a 3,700 mAh battery which charges over a USB Type-C port with 20W VOOC 3.0 fast charging. You will be able to pick up the device in Nebula Purple, Dark Black, and Morning White, but what price, we do not know at the moment.