Chinese manufacturing giant, Xiaomi, is currently doing quite well in the smartphone market. The company is currently the top smartphone brand in India, a position that it has held for seven consecutive quarters. In addition, recent reports show that seven of the top ten smartphones in India are Xiaomi phones. Now, the president of Xiaomi India, Manu Kumar Jain, took to Twitter to announce the result of IDC’s recent report. The report shows that Xiaomi is the top smartphone brand online (Asia/Pacific) for Q1 2019. Actually, it has been the top online brand for the past 10 quarters. 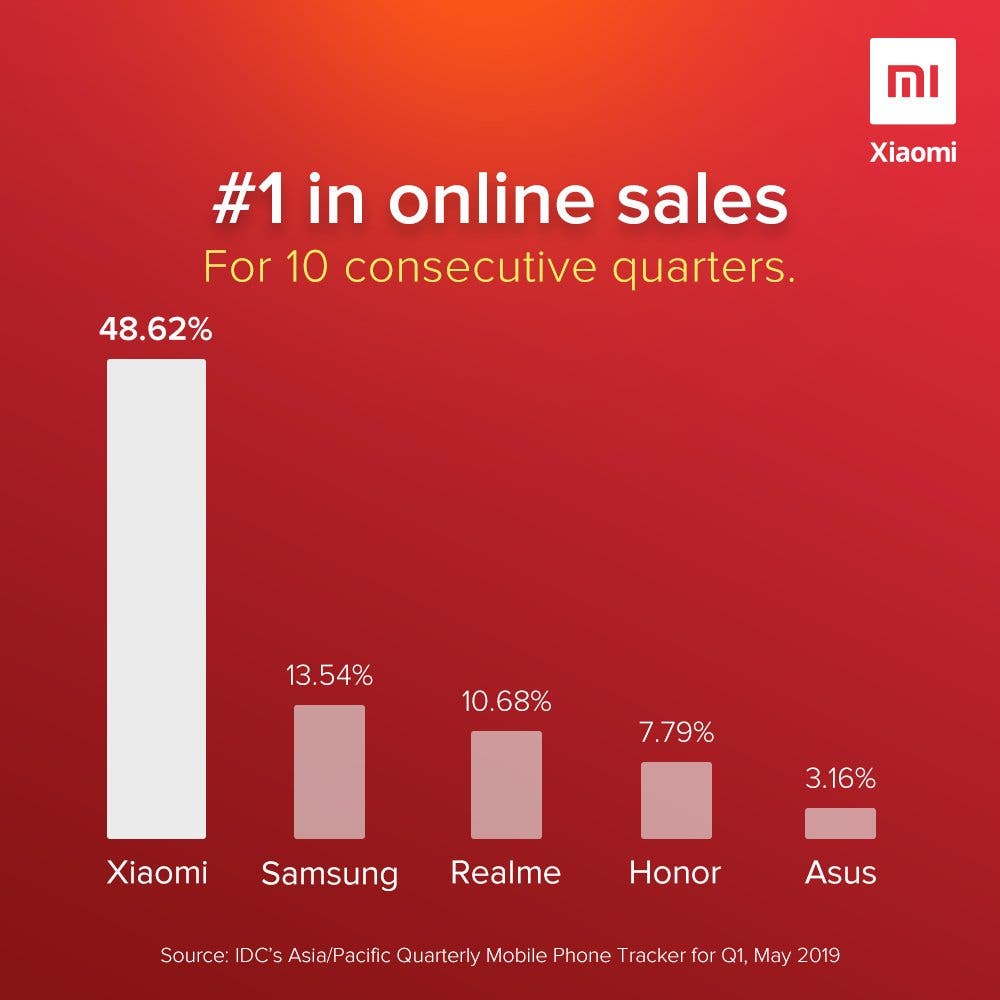 Recall that at the inception of the company, it focused on online marketing. However, it is now in the offline sales segment and it currently has over 500 offline stores in China with at least 5 flagship stores. That not all, Kumar Jain’s tweet also claims that so far as online sales are concerned, one out of two purchased phones is a Xiaomi device. Out of the top 5 performing phones online, four are Xiaomi devices. 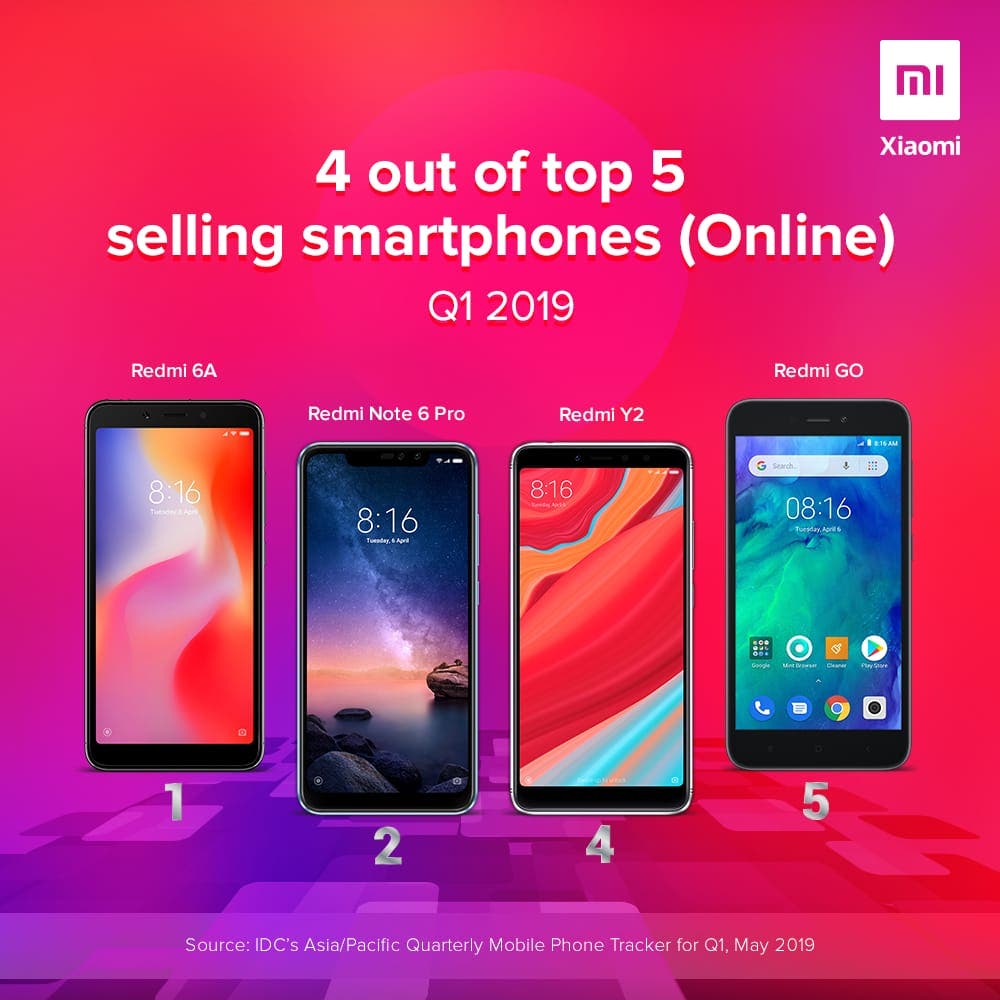 The Chinese manufacturer came tops with 48.62% of the sales. Samsung, Realme, Honor, and Asus occupied second to fifth with 13.54%, 10.68%, 7.79%, 6.16% sales respectively. Redmi 6A, Redmi Note 6 Pro, Redmi Y2 and Redmi Go are the top four selling smartphones online in the region. For the mid-range and entry-level markets, Xiaomi is doing quite well in India and China. However, Xiaomi is a brand that comes with cost-effective smartphones thus its impact on the high-end market is non-existent. However, since the mid-range and entry-level segments have a huge chunk of the market, the company is still doing well in terms of sales.

Next OPPO K3 will get a pop-up camera, Snapdragon 710 SoC