With several ‘firsts’ in the very competitive smartphones market, it may not be out of place to say that Oppo, today, stands as one of the most innovative brands in the smartphone industry. The Chinese brand back in  2013 introduced the OPPO  N1 with its unusual swiveling camera which undoubtedly was one of its most unique selling points. That same device was quickly followed by the N3 – built on the same concept as the N1, albeit a significantly shrunken footprint occasioned by criticism of the N1 being too large.

A lot has changed since 2014 both in general design and camera tech, and the Chinese phone maker still remains in the vanguard of many first revolutionary technologies. While you had to manually rotate the OPPO N1 camera to the front, the N3 came with the same rotating but motorized camera, and now, it appears the phone maker is on the verge of re-inventing the technology with some innovative additions. 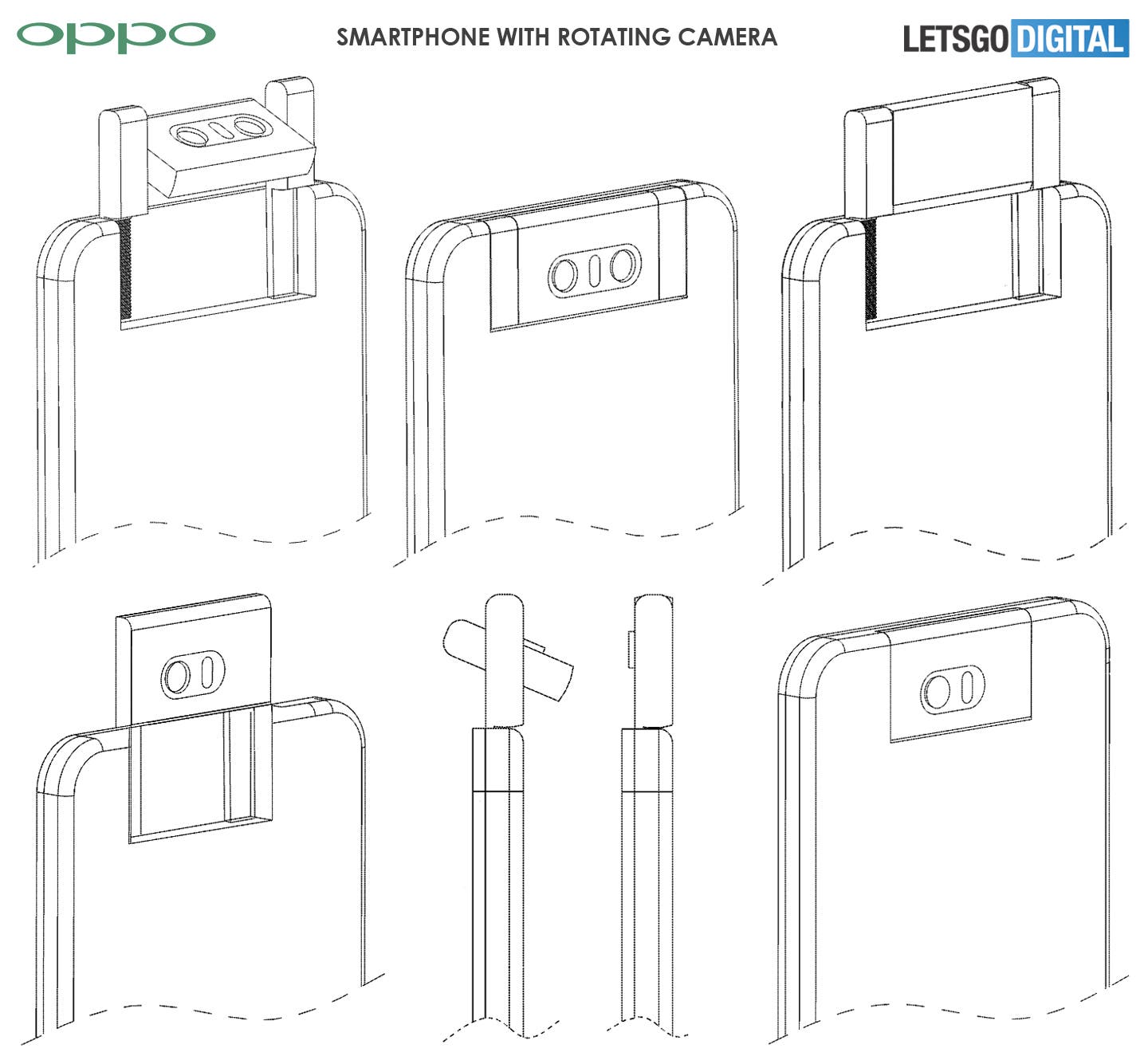 Although we haven’t seen render/s of any new OPP phone bearing the rotating camera, we can bet that the phone maker is working on a device with such mechanism as it has now lodged a patent with the WIPO (World Intellectual Property Office) depicting a smartphone with a rotating camera mechanism. The design looks similar to rotating mechanism seen on the recently released Asus Zenfone 6, but while the Zenfone 6 gets only dual camera setup on the rotating block, the design envisaged by OPP will house a single camera with LED flash on one while, while the flip side of the block holds a dual camera setup.

Both cameras can serve for selfie and normal photo shoots, though it is not clear if the camera on both sides can be used all at a time.