On May 16th, German media published an article entitled “Europeans should not blindly follow Trump”, calling on Germany and Europe as a whole to not blindly follow the United States in its clampdown against Huawei, ZTE and other Chinese telecom equipment suppliers. 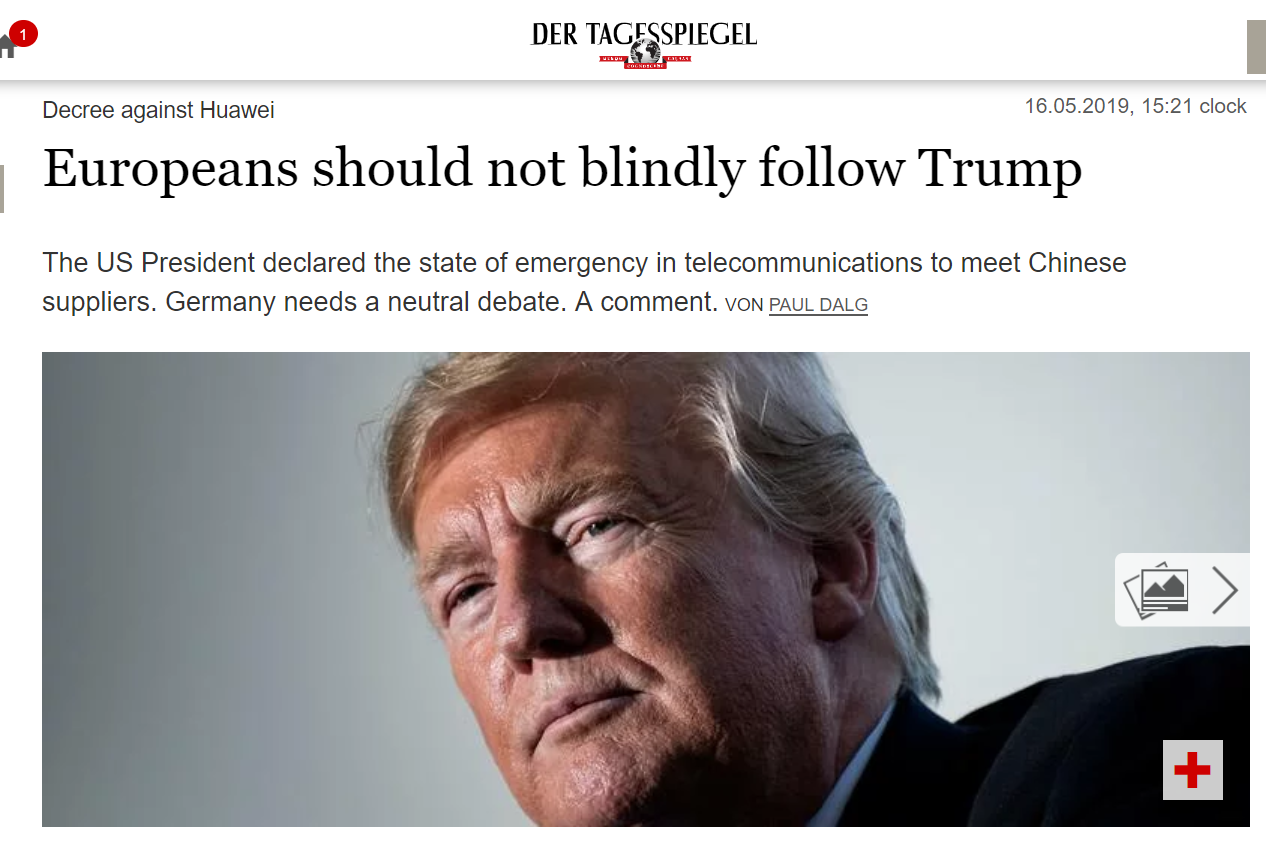 According to the German Media report, after years of review, the British government, the German Federal Information Security Office, the European Commission, and other institutions have not found any “back door” and loopholes in Huawei’s equipment. However, in the equipment provided by an American company, Cisco, several loopholes are often found. At least 10 cases have been published since 2013, which is more in line with the so-called “back door” description.

Jochen Homann, director of the German Federal Network Administration, also stressed that the same rules should be treated equally for all companies and that security issues in the construction of 5G networks must be discussed from a neutral standpoint and cannot be abused in international trade conflicts. He also reiterated that Germany’s 5G construction will not rule out Huawei. He made a similar statement on April 15th.

In response to the US “blockade”, Huawei recently sent a letter to global customers, indicating that it has established a set of rigorous and effective business continuity management system to ensure that most of Huawei’s products continue to serve customers under extreme conditions.