Vivo has been working on a toned-down version of the Vivo Y17 to launch in India, as reported earlier. One of them, as we know it, is the Vivo Y15. However, there’s another model that has leaked as well today which is called Vivo Y12. According to a tweet by Mumbai-based retailer Mahesh Telecom, both these models are coming soon and the post has also revealed many specifications of the duo. 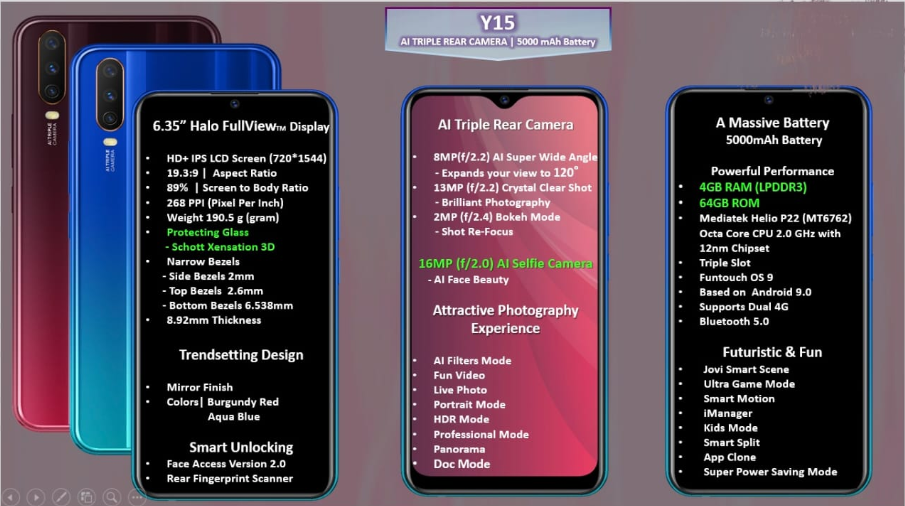 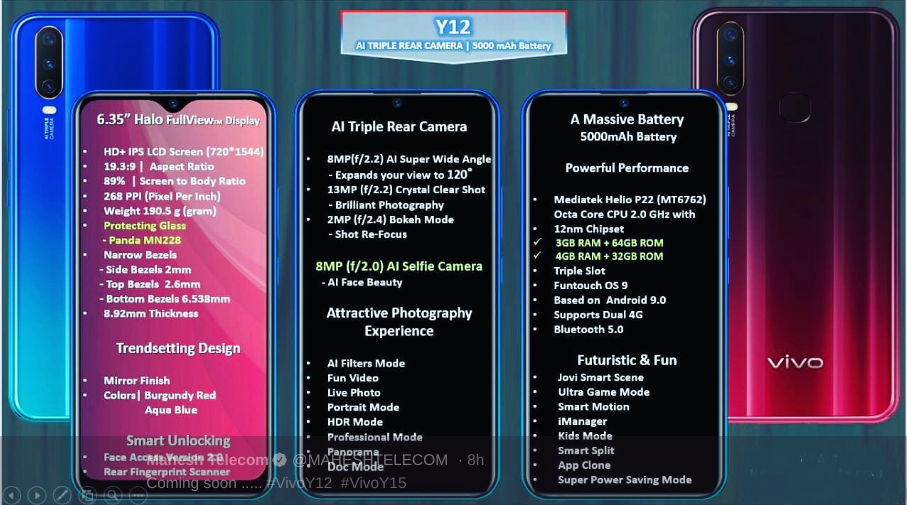 As per the tweet, both the handsets will be touting a 6.35-inch HD+ Halo FullView display at 1544 x 720 pixels resolution and a screen-to-body ratio of 89 percent. The Vivo Y17 has a MediaTek Helio P35, but these cheaper models will sport a Helio P22 processor. Similar to the Vivo Y17, the unreleased duo will boast a triple camera setup. It will be comprised of an 8MP AI 120-degree super wide-angle lens, a 13MP secondary lens, and a 2MP depth sensor. The Vivo Y15 will have a higher resolution 16MP selfie shooter while the Y12 will have an 8MP lens in for the same purpose. The Vivo Y17’s massive 5,000mAh battery will also be lent to these new cheaper models and we expect the twins to be priced under the Rs 15,000 bracket in India.

Although Vivo hasn’t declared anything, a launch is expected on May 24.

Next Meizu sends invite for May 23, might launch Meizu 16Xs