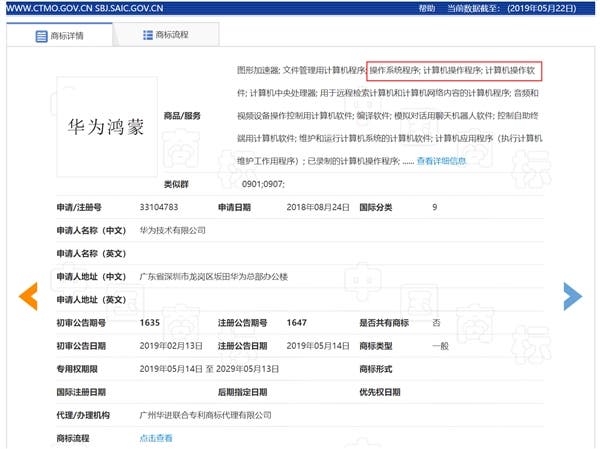 Yu Chengdong revealed that HongMeng OS will be available for various fields such as mobile phones, computers, tablets, TVs, automobiles, and smart wearers. It will also be compatible with Android applications and all Web applications. Yu Chengdong said that Huawei has always insisted on building the core competence of its own chips and insisting on using and cultivating its own chips.

Since the United State government added Huawei Technology to its entity list, it has been one bad news or another for Huawei. A couple of companies and associations have withdrawn their association from Huawei as a result of the ban. The likes of AMD, ARM, Google, Intel, Qualcomm, etc. have suspended cooperation with Huawei. In addition, JEDEC (Solid State Technology Association), a leader in the microelectronics industry, has temporarily disqualified Huawei’s subsidiary, Hisilicon, from participating in JEDEC activities unless the US lifts the ban.

SDA (SD Association) which controls memory card standard, also removed Huawei from its membership list, which means that Huawei’s future mobile phones may not be able to continue to use microSD cards, and may even cover notebooks. Although Huawei has introduced its own NM memory card standard, it is currently only supported by a few flagship models, and related products are not widely available. Furthermore, the PCIe standard organization PCI-SIG also canceled Huawei’s membership. It will be interesting to see how Huawei responds to these issues as it does not appear that Huawei is ready to cut a deal with the US government.

Previous Need to train your pets ? DogCare scatmat is the answer

Next Huawei smartphone shipment grows despite US ban