At the end of April, Nubia Technology has announced a new model of smartphone aimed at the public gamer, the Red Magic 3. In addition to impressive specifications, what draws the most attention in this device is the fact that it has an internal cooling fan to cool it, working along with a liquid cooling system to bring an impressive heat dissipation.

Red Magic 3 comes equipped with the almighty Snapdragon 855 SoC processor paired with up to 12 GB RAM. It boasts a 6.65-inch AMOLED screen that works at 90 Hz rate. It also includes multiple built-in speakers and a 5,000 mAh battery. On top of all this, the cell phone has a cooling system that lets you lower up to 16 degrees, helping in its performance. According to Nubia, the cooler should be quiet, running at 14,000 rpm. 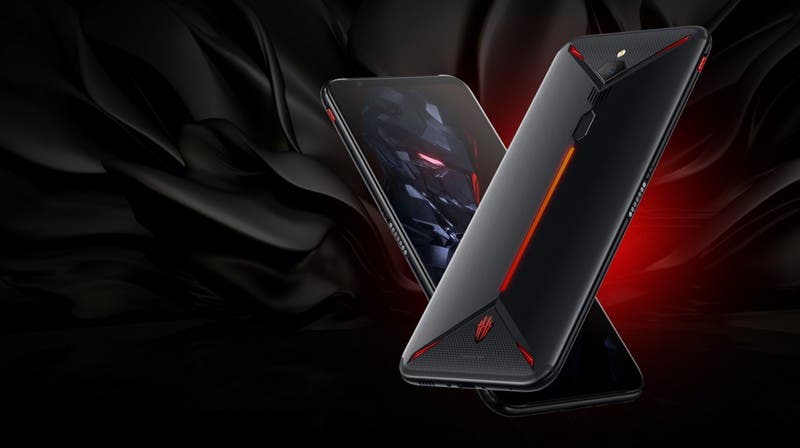 Following a massively successful launch in China, the Red Magic 3 is now officially available to rest of Globe. The Red Magic 3 will be available for purchase beginning May 27 at redmagic.gg in North America, Europe, Australia, and select Asian markets. Pricing starts at just $479/€479/£419 – That’s an impressive price tag for a smartphone with such capabilities. It definitely is the industry’s best offering for those who are in a rush for a gaming smartphone with extreme performance.

Nubia’s new gaming smartphone will bring the mobile gaming scene to the next level. The device is greatly inspired by high-end gaming PCs and comes to attract people that really care for performance. While the rest of the competition has chosen the passive cooling path, the Red Magic 3 goes beyond state-of-the-art liquid cooling technology with an internal turbo fan, increasing effective heat transfer by 500%. With this groundbreaking thermal design, gamers will have never feel any struggle to perform extreme games.

As you main expect for a flagship of 2019, the Red Magic 3 doesn’t disappoint with the Snapdragon 855 paired with Adreno 640 GPU. There will be two RAM/Storage variants: 8GB/128GB and 12GB/256GB. Ensuring extreme performance and a long-time of usage it counts with a 5,000mAh battery that charges via 18W fast-charging. 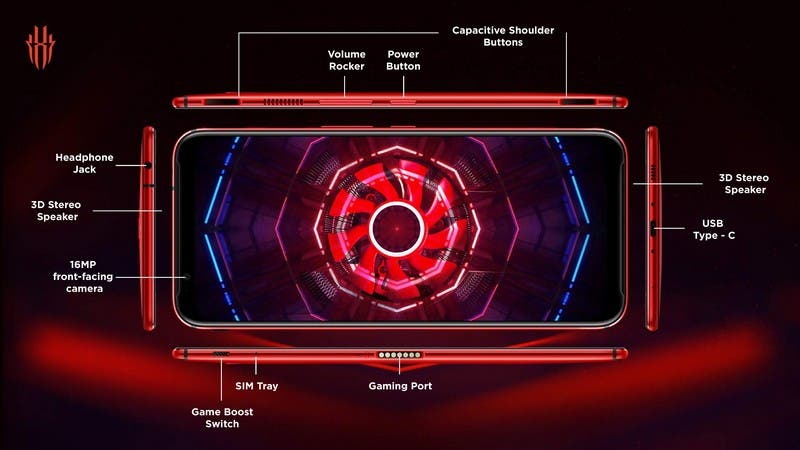 An important part of this handset is obviously its screen, after all, a gaming smartphone needs to have a high-resolution panel with the best of what technology can offer.  The handset counts with 6.65inch ultra-widescreen FHD+ HDR AMOLED display boasting a 90Hz refresh rate for stunning, buttery-smooth gaming. Audio lovers will also be satisfied thanks to dual front-facing stereo speakers, DTS:X® Ultra technology, and 3D sound technologies that are able to create a cinematic soundscape, with or without headphones. DTS:X Ultra includes a multi-channel decoder with post-processing for sound spatialization, head tracking, and advanced features like support for audio objects and proximity. 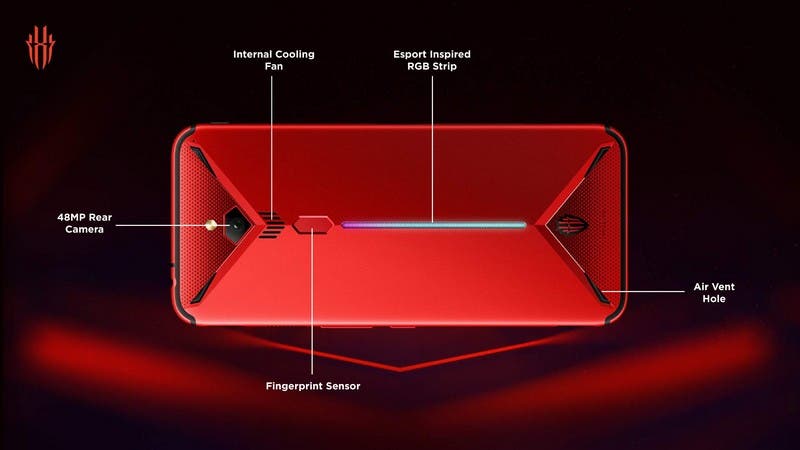 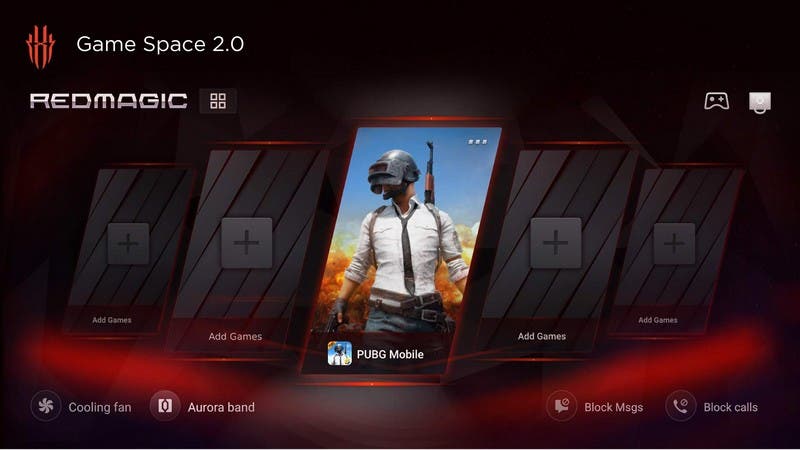 Not everyone likes to play games with on-screen buttons, after all, you lose some space and sometimes precision. Thankfully the Red Magic 3 provides touch-sensitive shoulder triggers hardware buttons without the need for a gamepad accessory. Users are able to customize and custom-map these buttons according to their desires and the games played. The Red Magic 3 also comes with RGB lighting that can be customized several effects and over 16.8 million colors through Red Magic’s light effects editor. 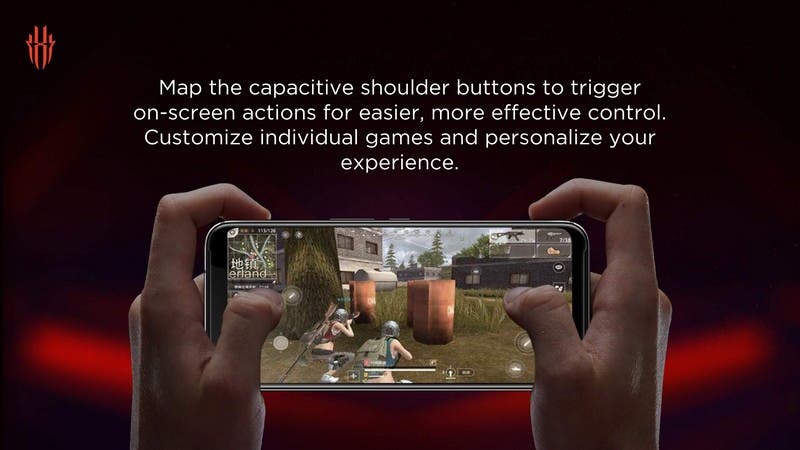 Of course, if you’re paying for a smartphone, you need a smartphone. While the Red Magic 3 is a gaming-centric device, it also has the best smartphone capabilities to fit as your daily driver. Worth noting that one of the best aspects of this handset is that it’s really beautiful and can be easily mistaken as a standard premium smartphone. It’s not bulky and doesn’t look like a monster device, so it won’t scare people around you. Since this is more than a gaming smartphone, it counts with a Sony’s IMX586 48MP sensor on the rear and a 16MP selfie snapper, allowing users to take stunning pictures during gaming intervals. On top of this hardware, the Red Magic runs Android 9 Pie straight out of the box.

Red Magic 3 will be widely available to more than 35 countries across the world. The Global variant will be sold to markets that are split into three specific regions.

The Red Magic price will vary from the chosen variant, however, its starting price tag is just outstanding when you look the number of specs and technology featured inside this jewel. It could easily blow out of the water some $1,000+ “premium” smartphones costing the half of it. Nubia really deserves a round of applause for offering this package of specs at a considerably low price. As previously mentioned the pricing starts €479/ $479/ £419 and you get the 8GB RAM/128GB Storage variant and you can opt for the Black or Red variants. If you’re going for the 12GB RAM / 256GB variant it will cost €599/ $599/ £529 and it’s available in Camo special color. 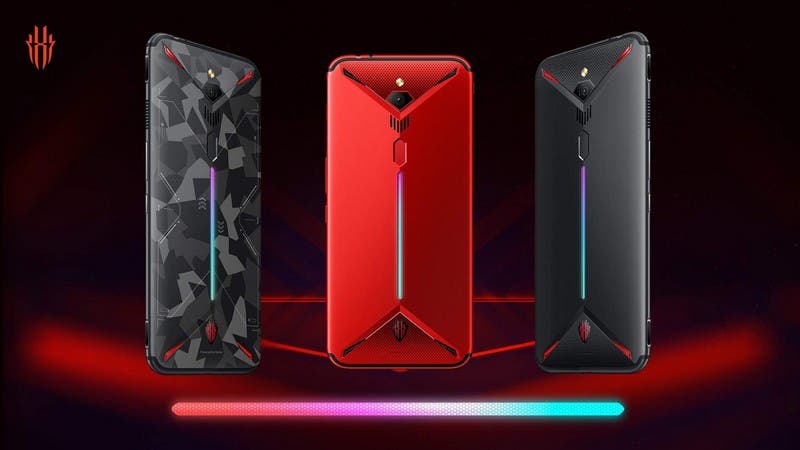 You can purchase this extreme cooling gaming smartphone through redmagic global website. According to Nubia, the smartphone had a great performance in China, and considering the pricing and the specs, we believe it will also be a great seller across the world. You can have a quick look in Red Magic 3 features through this little video with some of the device’s capabilities.