Since the United State government added Huawei Technology to its entity list, it has been one bad news or another for Huawei. A couple of companies and associations have withdrawn their association from Huawei as a result of the ban. The likes of AMD, ARM, Google, Intel, Qualcomm, etc. have suspended cooperation with Huawei. Associations like Wi-Fi Alliance, JEDEC (Solid State Technology Association), SDA (SD Association) and PCIe standard also canceled Huawei’s membership. All these are tech companies or association. However, recent reports show that IEEE (Electrical and Electronic Engineers Association), the largest international academic organization in the industry, issued an internal mail which prohibits Huawei’s reviewers from handling its academic papers. 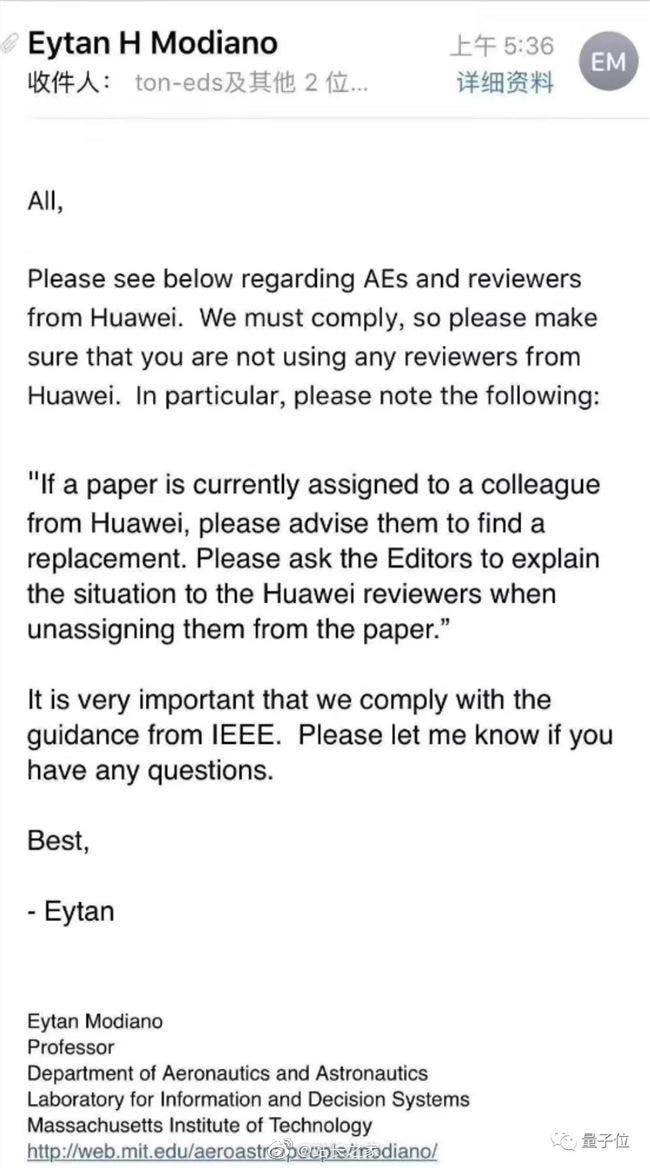 Founded in 1963, IEEE was formed by the merger of the Institute of Electrical Engineers and the Society of Radio Engineers. Headquartered in New York, IEEE is the world’s largest association of technical professionals with more than 423,000 members in more than 160 countries. IEEE has produced more than 30% of the world’s literature in electrical and electronic engineering and computer science, published more than 100 peer-reviewed journals and sponsored more than 1,800 conferences and events.

According to the content of the exposed email, IEEE said that because the US Department of Commerce blacklisted Huawei, it could not use Huawei employees as reviewers or editors of the journal peer review process. Many Chinese scholars expressed shock. Liu Zhiyuan, an assistant researcher in the Department of Computer Science and Technology at Tsinghua University, believes that if this kind of confrontation continues, they will be double-backed international academic organizations, academic journals, academic conferences, technical standards, and so on.

Chen Yiran, a professor at the Department of Electronics and Computer Engineering at Duke University, also holds a similar view, saying that it seems that it is time for Eurasia to play its own IEEE/ACM. However, IEEE has not issued any statement on this matter, so the authenticity of the report is yet to be verified.