We already kinda know that Samsung would be split its upcoming Galaxy phablet into two variants – the Samsung Galaxy Note 10 and Galaxy Note 10 plus. Both devices will arrive later in Summer, and would come with nothing short of stellar specs and features. While every dick and harry are  fire opening salvos with smartphones packing three or more lenses, Samsung mobile isn’t holding back on the trend as the Galaxy attested to by the Galaxy S10 duo, and for the next phablet, Samsung is said to be prepping a Galaxy Note10/Pro dimple with with not one, two, three, but four camera lenses. 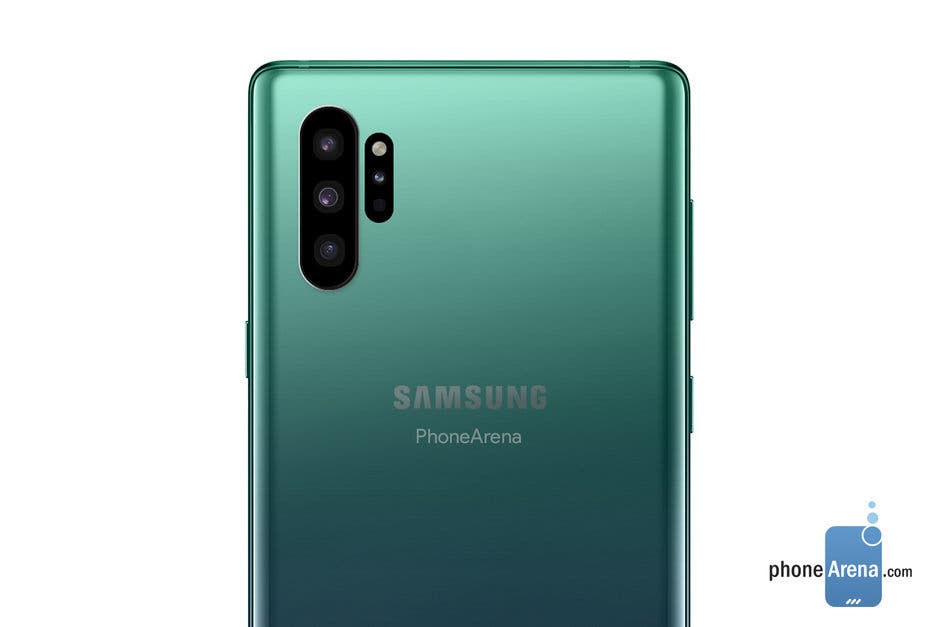 We have known for quite sometime now that the Galaxy Note 10 duo will make a move toward the punch-hole design, with the Pro model getting twin front cameras, similar to the Galaxy S10+, while the base model will have a display hole-punch for a single lens. The real design change will perhaps be in the rear camera design, with a likely vertical setup. Now, a new tip from well known tipster Ice Universe (@UniverseIce) has given us a clear hint on what the rear panel may look like. 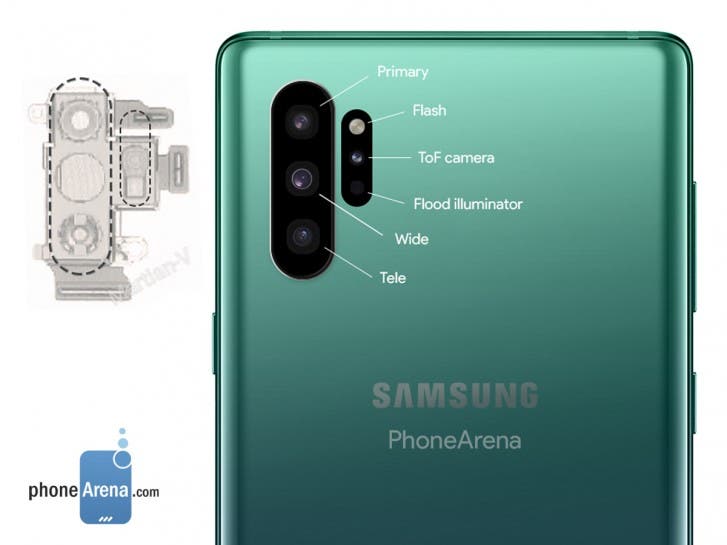 Unlike the P30 and P30 Pro from rival Huawei, a new render created based on a leaked schematic of the Note10’s purported rear camera arrangement suggest the Note 10 camera arrays will be pushed to one side of the device, and not centrally placed. There are a total of 6 sensors – a pprimary sensor, wide angle sensor, a telefo sensor, ToF camera, a LED flash and flood illuminator. The arrangement seen below looks weird, though a welcome one given that a centrally placed camera module will gulp up more of the internal space needed for other vital components like the battery. We’ll be reporting more leaks about the Note 10 as they surface, so stay tuned.

Next Academic association blacklists Huawei reviewers from its technical papers