Rokid Vision packs an RGB camera and two-depth cameras into a finished design that aims to look almost indistinguishable in appearance from any regular pair of sunglasses. The system features a local simultaneous localization and mapping (SLAM) module which offloads difficult 6DoF calculations from the mobile CPU, greatly reducing the computing load of the tethered smart device. The local SLAM module brings superior adaptability to Rokid Vision, allowing it to work seamlessly with any USB-C device that supports DP output, such as computers, smartphones, game consoles, and more. 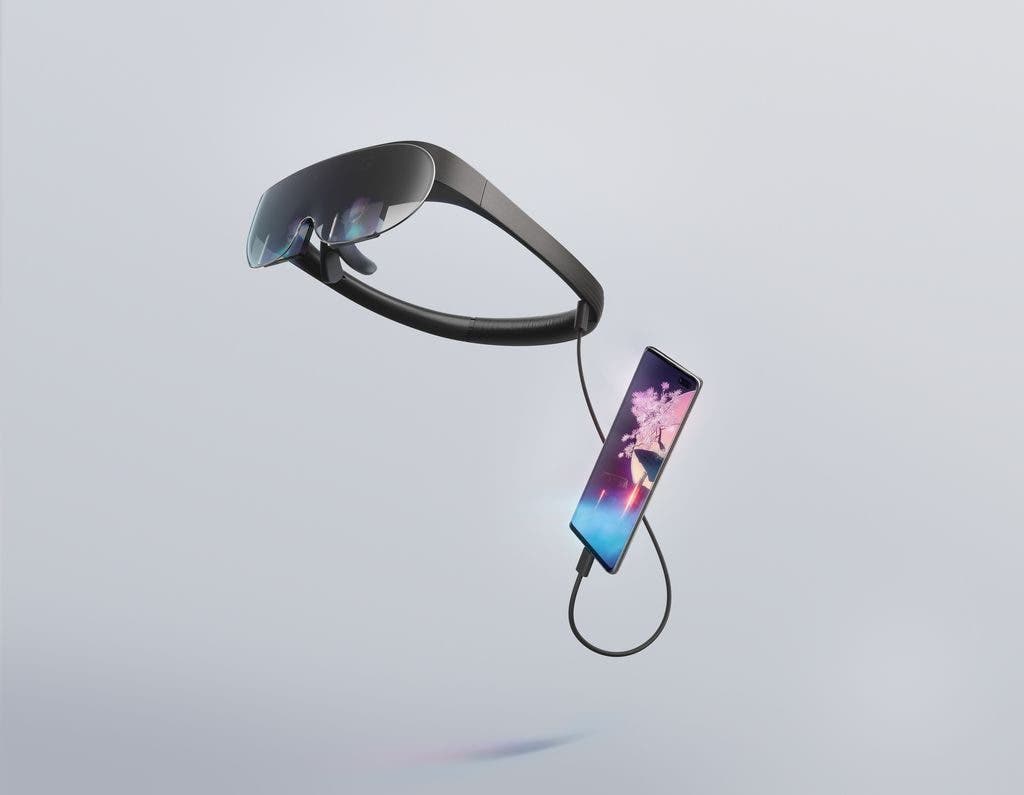 The Rokid Vision is designed with simplicity in mind. Simply connect it to your mobile devices via USB-C, power up the glasses, connect to our intuitive app, and you can begin using Rokid Vision. With 6DoF, Rokid Vision can directly project 3D virtual content right in front of your visual field, creating the illusion that virtual objects actually exist in the users’ real-world environments.

Embracing the dual-screen with different content  technology, Rokid Vision turns your mobile devices into a gateway to the virtual world. Using the Vision, it renders an image of a controller when the user is navigating a smartphone during a game; an optical illusion of having a remote control on hand while watching TV; a keyboard while typing or a touchpad when browsing the web. With all these features, Rokid Vision increases productivity and efficiency at whatever you do.

The Rokid Vision shown at AWE features 3D video, MOBA games, 3D web browsing and many other functions. It’s able to turn your mobile devices into a gateway to the virtual world. For example, the connected smartphone can be the game controller for AR games, can be the touchpad / keyboard for Office app, can be the interactive remote control for browsing 3D objects 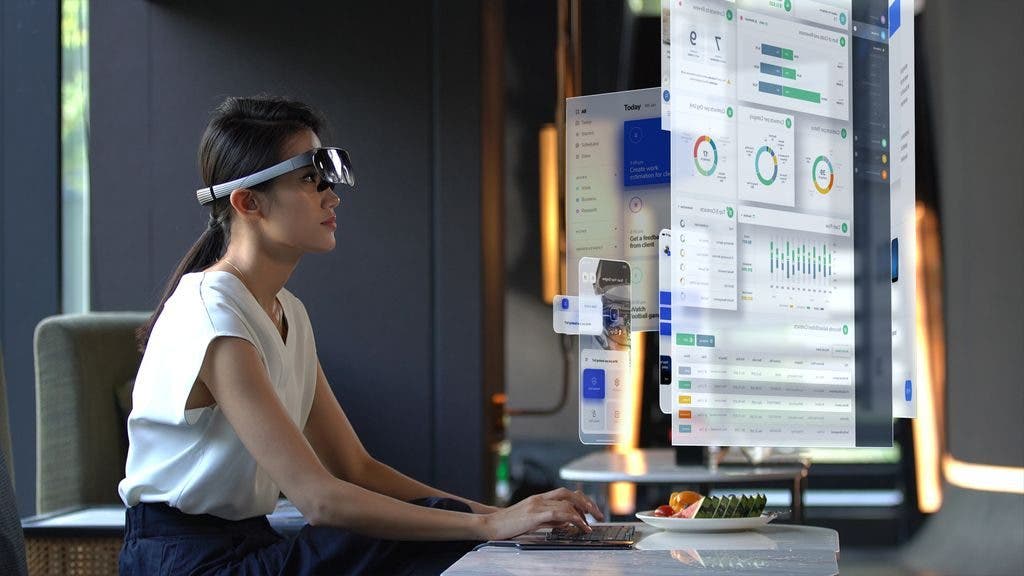 Unlike many other lightweight AR glasses, the Rokid Vision does not require the aid of an external CPU to perform simultaneous localization and mapping (SLAM). Vision already features a local SLAM module, which integrates 6-DoF tracking, gesture recognition and other calculations with the glasses. This not only greatly reduces the computing load of external mobile devices such as smartphones, but also brings unmatched adaptability to the device, allowing it to work perfectly with any USB-C device that supports DP output such as, computers, mobile phones, game consoles, and others.

Rokid Vision is the second-generation AR device by Rokid. Rokid released its first All-in-One AR equipment Rokid Glass in early 2018, which was mass-produced in April 2019. Rokid Glass has been widely used in education, logistics, and remote assistance area. You can find more information about it on the official website. 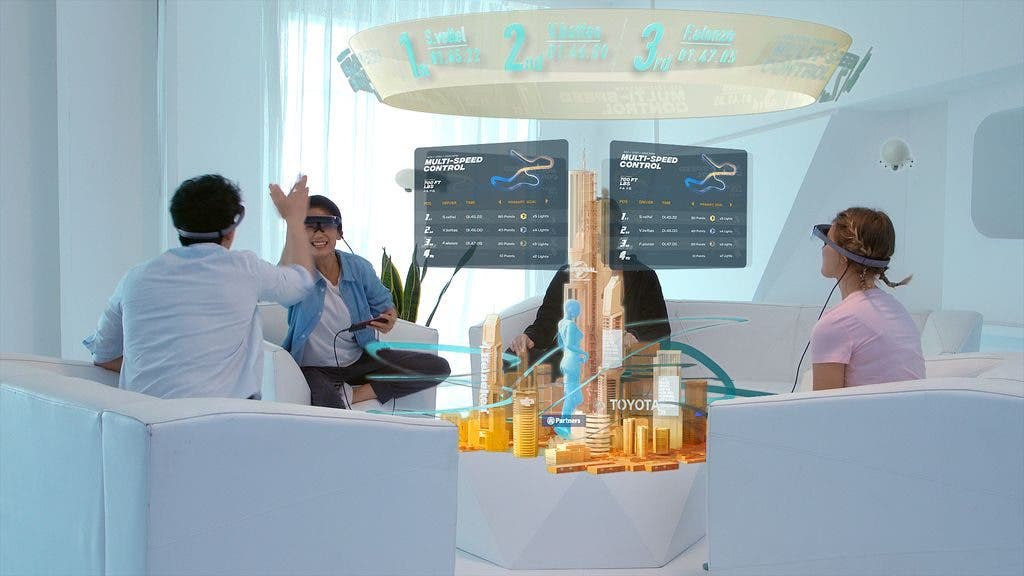 According to Frank Rao, head of Rokid AR, the gadget is equipped with Qualcomm Snapdragon chip, which has unmatched computing power and a pricing that equivalent to a flagship smartphone, extending any existing mobile app to Mixed Reality with minimum development effort for enterprises. With a consumer market positioning, Vision will have an estimated price equivalent to an average smartphone, it greatly improves productivity, entertainment and gaming experiences in a simple and affordable manner. Expected availability is then in Q1 2020.

Rokid’s latest move is to serve as a 3D vision device for F1 fans, offering lifelike immersive experience that gives them, no matter where they are in the world, the feeling of being at the Formula 1 track. Through the comprehensive data collected by the race car body and camera, using the Rokid Vision and Teslasuit somatosensory suit to reproduce the tactile feedback, users can experience the visual impact and physical experience of Formula 1 champion Lewis Hamilton in the qualifying sessions in 2018.

Next Rugged Ulefone Armor 6E gets a special promo on Gearbest