All of sudden Amazon decided to launch one more device to complete its portfolio of Echo devices. The device in question is the Echo Show 5, that can be considered a smaller variant of the standard Echo Show, but that retails at a much lower price.

The Echo Show 5 features a 5.5-inch display with qHD 960×540 pixels of resolution. It comes with a widescreen aspect ratio which is ideal for watching Amazon Prime video streaming service. It also supports other video providers, letting users decide what they are going to see on this convenient device. 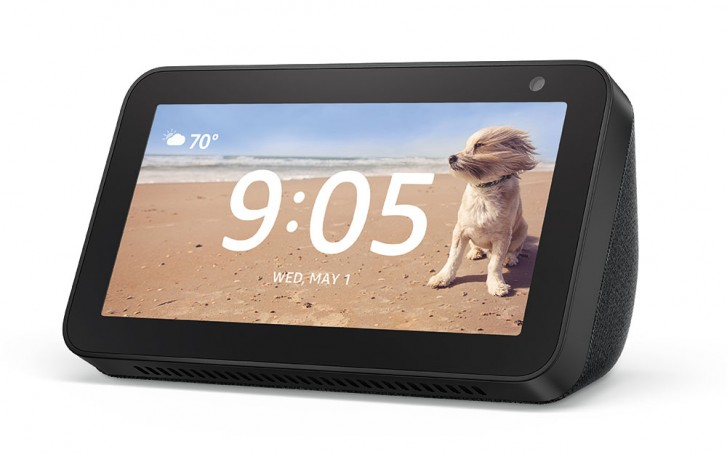 On the back, there is a single 4w speaker that should provide enough sound for small areas. The Echo Show 5 boasts a 1MP camera on the front for video calling other Amazon Echo users. The camera also has a shutter that physically blocks the camera when it’s not in use.

Apart from these differences, Show 5 is exactly similar to other Amazon Echo devices. That means that you can use voice to access your services as well as smart home devices around your house. However, there’s no smart hub on this device, so you’ll need a separate hub for other smart home devices.

The new Echo device shines priced at $89.99, which can be a great deal for those who want to have a first experience in the world of smart home devices. It’ll be available in two colors, Charcoal and Sandstone.